Is the cloud killing disties? 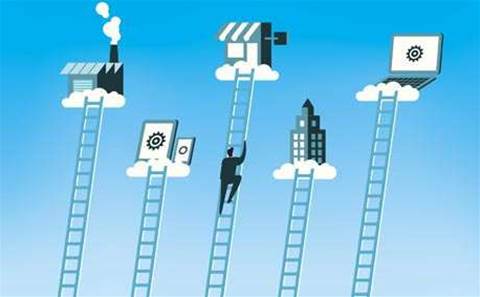 Is cloud computing forcing distributors out of the market? In my column last month, Danny Smith from Express Online hinted as much as he discussed the challenge of finding a role for disties in the new world order.

But some refuse to believe that the cloud only represents a threat. Scott Frew, CEO of Distribution Central, jumped onto LinkedIn to tell me, “Just wanted to say I completely disagree with the article on cloud killing ED. I normally let these things go but I thought it needed some balance on this one.”

I put in a call to Frew and he pointed out the upside in cloud computing – strong growth in networks and hybrid systems. It’s not all talk either: for the year to 30 June, DC broke through the $250 million mark, while Q1 2013 was its most profitable quarter ever.

“Every user needs to get to the cloud through something,” says Frew. “Tablets are going nuts because you don’t need to do the processing locally. Wireless is going nuts. And then you have backhaul – as soon as that Wi-Fi hits a cable you still have all the network infrastructure and WAN optimisation,” Frew says.

Not only is cloud driving hardware growth in specific areas, but the channel model is not going anywhere either, Frew claims.

“A lot of guys looked at the cloud the wrong way and said it’s going to kill distribution. But the cloud software guys need distribution to manage the reseller channel. At a commodity or consumer level it’s cloud-only, but businesses have to buy the cloud with application delivery; how do I secure the app?”

The biggest distributors are establishing themselves as central to the cloud distribution channel. Ingram Micro recently announced a major expansion of its cloud marketplace, which aggregates infrastructure-as-a-service and software-as-a-service solutions.

Ingram’s goal is to accelerate the adoption of cloud services by standardising contract terms and operational processes.

“Ingram Micro’s proven expertise, experience and ability to execute as a master cloud services aggregator has accelerated our success and positioned us as one of the top 100 cloud providers,” Nimesh Dave, Ingram Micro’s executive vice president of global cloud computing, said in a press release.

The one-stop shop marketplace concept is not a new one, although Ingram’s take will be a drawcard for its size and breadth of products, including a mix of straight SaaS and hybrid multi-vendor solutions.

The distie that has worked out how to survive in cloud the fastest is US giant Arrow Electronics. Its ArrowSphere cloud marketplace has been working effectively in Europe since 2012 (it launched in the US mid last year) and has proven the model of cloud aggregator.

It’s interesting to find out which types of resellers are making it in the cloud world. Frew says his ideal customer is not selling break-fix services. “I’m asking everyone to be a service provider. If you’re not moving to an SP model then you’re going to die. I’ve said that for years.”

Distribution Central is doing well out of the cloud – but only for larger businesses. While Frew’s resellers might service companies with 30 to 50 employees, the average turnover is $50 million and up.

In other words, the huge market of SMEs with less than $2 million in turnover is still proving a tough nut for cloud-focused resellers to crack.

There is a huge opportunity for resellers to take the message to the smaller market at SME rates. But the problem is these types of resellers are making too much money in the mid-size enterprise and up.

“I don’t think we have enough service providers to service the market,” Frew admits.

The channel has a skills shortage in one area and a glut in another. Make sure you’re moving to the right direction.