Join a channel that added $200m sales in just one year 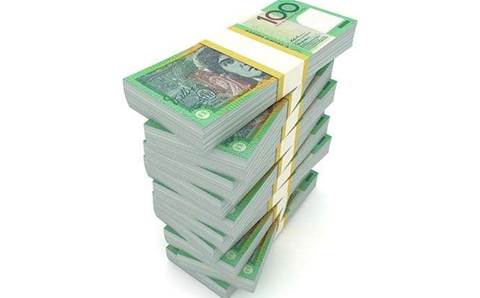 Question: Which companies in the Australian channel managed to add $213.6 million in sales in just one year?

These 50 businesses grew total revenues from $568 million to $781.6 million in 12 months, reaching an average turnover of $15.6 million per company!

If you'd like a chance to join this elite group, now is your chance. Entries for the 2015 CRN Fast50 are open. Click here to get more information and enter the awards.

The only way to get in the room with this year's crop of industry leaders is to enter yourself, or if you are a vendor or distributor, to sponsor the awards.

The CRN Fast50 are the only awards in the Australian IT channel purely based on business performance.

At CRN, we are laser-focused on the Australian channel. We love our advertisers, but with the CRN Fast50, we don't simply hand awards to global vendors or other companies who spend money with us.

No, with the CRN Fast50, business acumen is the only currency that counts. The best-performing IT solution providers earn their positions through hard work and ingenuity.

The CRN Fast50 recognises entrepreneurs and technical experts, companies who are the best at reselling high-tech products and crafting services around them.

In June, we hosted a launch party for the 'CRN Fast50 alumni' - past companies to have appeared on the list over its six-year history. Guest speaker Steve Vamos, former boss of Apple Australia, Microsoft Australia and ninemsn, said that revenue growth remains one of the best ways to value the worth of a company. Good advice from a non-executive director at Telstra, which has itself acquired two past Fast50 companies – NSC Group and Bridge Point Communication.

CRN is not alone in acknowledging these incredible channel business people. Past CRN Fast50 companies such as Dataweave, Outware Mobile, Uber Global, Crucial and eStore all secured the ultimate recognition – they were each acquired in 2015.

So what are you waiting for?