Keeping up the cloud commissions 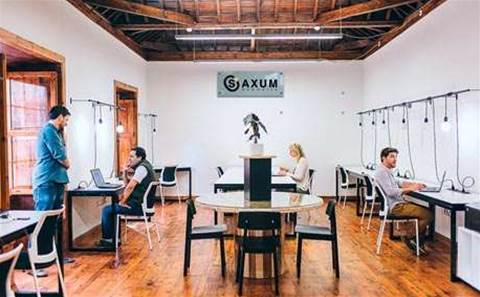 It’s a tough nut that no one has truly cracked. But Tony Lorge hopes his history as a matchmaker will allow him to succeed in a sector where others have so far failed: cloud distribution.

After selling his consultancy to Sage (via SoftLine) in 2013, Lorge had a brief stint running the APAC operations for Swedish-owned ERP vendor Industrial Financial Solutions before starting his next venture in 2008. Lorge saw that systems integrators had trouble finding apps that worked with ERPs such as SAP and Oracle; he created World of ERP to recommend programs, provide integration advice and support.

“We identified that the market was moving towards a cloud distribution model in such a way that you could have legacy, plus cloud, plus retain the go-to-market supply chain, even though the delivery and financial models were going to be substantially different,” Lorge says.

Four years on and the market had matured to a point where the future looked uncertain. “We could see that the World of ERP was not going to exist in the future because it was delivering a service that should have been delivered by the vendors themselves,” Lorge says. However, the vendors didn’t have the tools to replicate the World of ERP, so Lorge pivoted again and began selling the app marketplace to software vendors and developers as a platform under the brand Saxum Commerce.

The World of ERP evolved into Cloudxenta, a marketplace that Lorge calls “a true cloud services broker”, which he hopes will be a successful model for future cloud distribution.

While the marketplace continues to function as the glue between vendors, resellers and customers, Cloudxenta differs to the World of ERP in some fundamental ways. Very few enterprises were buying cloud software when Lorge began in 2008, whereas the SMB sector is leading the drive to cloud software.

SMBs are struggling for good advice on the cloud programs they should use. Many are cobbling together ERP-type solutions from various services and facing a growing array of bills from many providers. As the collection of apps grows, so does the support headache. Troubleshooting problems between apps is almost impossible through the vendors themselves.

“With cloud distribution, you have multiple parties that share in the transaction. You need to create the subcontracts, execute the billings and automate the provisioning of those services so that when someone buys it, it becomes a frictionless process,” Lorge says.

Cloudxenta maintains the legal relationships between vendors and customers through their end-user licence agreements. Vendors own the customers and are responsible for delivering the product, while resellers pick up the training, implementation and ongoing support. The distie or the marketplace assumes the responsibility of handling the financial transactions behind the provisioning of the services.

Customers are assigned to resellers according to the products sold. Customers can also designate a reseller to a specific product set. So cloud-based accounting software commissions can flow to one reseller while a CRM might go to another.

Lorge is one of the few voices in the industry arguing for maintaining commissions for resellers. “Developers and vendors are saying this is an opportunity to take some of that margin back because they are providing the infrastructure. But the risk in the sale is very low for the vendor because the reseller is doing all the work setting up the deal that may not go through,” Lorge says.

Saxum Commerce has sold its platform to Nextgen Distribution,

a VAR for Oracle, Violin, ZTE and CommVault that has realised it needed a system to distribute cloud solutions. Lorge says he is hoping other disties understand the choices they face in the move to cloud.

“Any distie that doesn’t position themselves to deliver cloud solutions with automated billing, supply chain and commission components will have a problem being relevant,” Lorge says.

“As the market shifts and as cloud becomes dominant they will go out of business.”