Make a success of succession planning 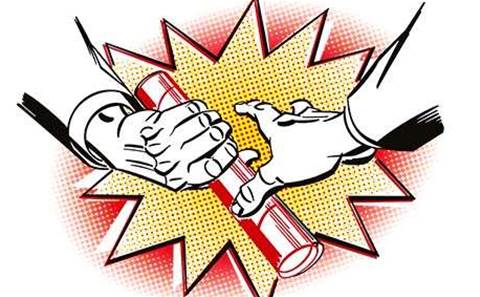 The transition between company leaders is the trickiest time for resellers.

According to a report from Stanford University and the Institute of Executive Development, only 24 percent of companies had more than one candidate ready to move into a leadership position.

Succession planning is important because it’s essentially an exit strategy. A good succession plan ensures that the current owner of a business will be able to cash out at a fair value under certain circumstances. Ideally, it would also ensure that the business survives and prospers when its current leaders are no longer in charge – because they have either retired, met an untimely death or suddenly became unable to work.

It is important to start the succession plan early. Starting early ensures you can select from the widest range of options available to you. Experts say it should be started when the business has just been established. It is also important to understand the value drivers behind the business to ensure it maintains its value in the transition.

If the business is being sold, the owner has to put together an information memorandum that highlights the key value drivers in the business, while presenting the opportunities in a positive but not misleading manner so that prospective buyers can put up an indicative offer. Also, the memorandum has to be rigorous and truthful enough to withstand a due diligence process without any material concerns.

Developing a succession plan requires the owner to ask some hard questions: Who is the successor? How much is the business worth? How can you ensure a smooth transition? How will your departure affect key business relationships such as those with suppliers and major customers? How much control of the business do you want to maintain? Are there any key employees who must be retained?

Perhaps the most important element of a succession plan is to identify the candidate who will be groomed to take over the business. Depending on the size and structure of the business, there may be several candidates who suit the task. The best companies perform an external market scan that identifies the key candidates within the reseller sector. They then compare the external candidates to their internal ones, looking at their skills and experience.

Ideally, there should be several in the wings, groomed to take control and lead the business soundly into the future. To achieve this, the company’s leader needs to create and implement a career management strategy based on both current and future business requirements. Job roles, competencies and leadership behaviours need to be considered. Ideally, each key role would have one or two people in the business ready to take over that position at short notice. A pool of talent means that the company can be flexible and quick to react to emergencies.

The company’s succession plan should include all of the training and education that will take place to groom the person to eventually take over the business. Often, this requires confidentiality agreements and non-compete agreements to be signed to avoid leaking of any sensitive information that will be passed along during the training phase. The training plan should be written and may include aspects such as shadowing and additional education. It might also include working with professional consultants.

The reseller and the successor should evaluate the progress that is being made in the negotiation. It has to be clear from the start that this is not necessarily a permanent decision. It depends on whether the choice works out. If the successor does not seem to be working with the plan, it is up to the boss to inform the person and choose another candidate that will be a better fit for the future of the organisation.

Finally, the successor also needs to have a written plan and milestones, allowing for progressive evaluation. The company head should also consider salary and benefit increases when the grooming begins. As more responsibility is gained within the organisation, it has to be recognised with payments. Partial ownership can also be transferred at certain times as objectives are reached if the small business owner so desires.