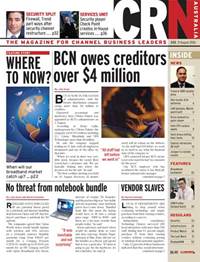 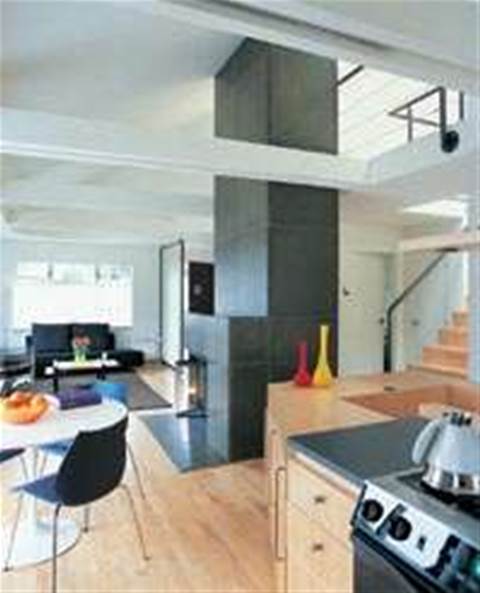 Page 1 of 2  |  Single page
Like the enterprise IP telephony market, the consumer, or residential VoIP market has definitely changed over the last few years, bringing with it a raft of new challenges and opportunities for vendors, integrators, service providers and their partners.

One major issue facing the residential VoIP market is just how to turn users into paying customers.

Compared to other telecommunications services, consumer VoIP services have a desperately low ARPU, and many VoIP services are now offered by ISPs, whose major focus is not necessarily on revenue but on customer loyalty.

As a consequence, this focus on free services is making revenue a major challenge for “pure-play” VoIP providers.

According to Shara Evans, CEO of Australian research company Market Clarity, this explosion in the number of VoIP service providers has been the biggest single change to have hit the local market over the last couple of years.

“There are close to 200 VoIP providers of different kinds in Australia now, and the majority are targeting residential customers, either exclusively or in addition to SME services,” Evans said.

Engin’s market research had also shown that more residential consumers were likely to consider adopting VoIP at home than they were Pay TV or a conventional data-based broadband Internet service over the next 12 months, a major development in the evolution of residential VoIP adoption, he said.

The same research, from Connection Research Services, actually showed that, whilst only 8.7 percent of Australian residential homes currently used a VoIP service, a massive 31.2 percent said they might contemplate the uptake of one over the next 12 months.

Sydney-based VoIP and wireless equipment provider NetComm managing director David Stewart claims it is only in the last 18 months that the residential VoIP market has become viable in Australia, due to the massive uptake in consumer broadband services. “This, above all else, has opened up the possibility of moving beyond basic Internet surfing into other applications such as wireless and VoIP,” Stewart said.

Despite this surge in the number of providers offering services and the apparent spike in interest from the public as a whole, it is apparent that the residential VoIP market still lags a long way behind the enterprise market in many key ways, not the least of which is uptake.

Stewart said the main difference between the two markets was the emphasis placed on the benefits of the technology. “Residential VoIP primarily focuses on the benefits of reducing call costs – something it does very well for a home user.

Evans agreed, stating that the biggest differentiator by far between the two markets at present was service. “Residential VoIP services are primarily based on broadband bundling, equipment purchase price, monthly subscription price, and the cost of calls. In the enterprise market, there’s much more scope to differentiate services through the bundling of other related services, such as system configuration and support, network / system design, broader product supply choices, switch hosting (ie, IP Centrex), telephony switching hardware (IP-PABXs or call managers), and so on,” Evans said.

Enterprise customers, on the other hand, can choose non-Internet network connectivity, which can then eliminate many of the quality, availability and reliability and security problems that VoIP services often encountered, Evans added.

Stephen Harley, products innovation manager of Perth-based ISP and VoIP service provider iiNet, believes the quality and availability of both enterprise and residential VoIP services have improved greatly over the last few years in Australia. “Historically, VoIP has been tarnished with a low-grade voice quality and technical setup being required via a connection direct to a PC which also required software, soundcard, speakers and microphone. As a result, early adopters of residential VoIP services were largely tech-heads,” Harley said.

Over the last few years, however, VoIP customer hardware and network hardware had improved significantly, meaning residential VoIP services are no longer restricted to a single PC. “Hardware such as Analog Telephone Adapters (ATAs) now allow traditional phone handsets to plug into these devices, making it even easier to use along with your normal phone service, or to even replace your normal phone service,” Harley added.

Whilst enterprise VoIP services still had an edge over residential in regards to extended functionality and use of multiple handsets, residential users still had the same ability to make huge call savings by taking advantage of access to free calls between VoIP to VoIP customers when using specific VoIP services, Harley added.

Another major difference between the two markets at present is the level of product maturity and the corresponding levels of end-user awareness.

According to Tales, one of the major reasons for such small uptake of VoIP in the home until now has been a shocking lack of customer education. “People need to be made far more aware of the fact that they don't need to completely renew their infrastructure if they don't want to, that the savings are real and the quality is there and, of course, it is real broadband,” he said.

Stewart agreed, arguing that there was still a tendency to dismiss VoIP as a geek’s technology. “VoIP is competing against a conventional phone technology that is over 100 years old and people have an expectation that you pick up the phone and it works,” Stewart said.

“The current generation of residential VoIP equipment emerging was challenging conventional phone technology in its “plug in-and-use” simplicity, he said, though the challenge was still very much there to educate consumers to the fact that VoIP can be that easy.

Harley was also critical of the levels of consumer technophobia that still existed in the marketplace.

“Originating from the IT field, and captured within an awkward IT acronym, VoIP is an application that traditionally belongs in the study or the computer room. It’s been that way for so long for devices like modems and PCs that it takes a considerable shift in perception to get people to imagine a modem or a PC sitting in the living room, or a VoIP handset next to the kitchen bench,” he said.

It is therefore vital, he added, to educate people about the way in which the technology can fit into the way people live now, and not at some time in the future, otherwise “it’s going to stay in the study.

Getting people used to VoIP,” Harley added, was about moving them in small steps away from what they were doing before; talking on the phone in the kitchen, bedroom or living area. “With wireless phones and low-cost options for multiple handsets, VoIP is starting to grow in popularity as the only real difference is where you plug it in,” he added.

Another thing Evans claimed was slowing down residential VoIP uptake was the way in which some vendors were undermining the “open systems” nature of VoIP by making too many of their features dependent on vendor lock-ins.

This effectively meant that if a customer wanted something not being offered by the vendor, that end-user’s choices were extremely limited.

Similarly, Evans said there was a dangerous trend in the networking industry of tying underlying network systems (such as the LAN capabilities) to the telephone on the desk.

“While forcing a customer to have a particular phone if they want good VLAN support for their IP telephony system looks like a good sales strategy, it places too many constraints on customers.

For example, a LAN switching vendor may use proprietary VLAN extensions that are designed to work only with its own IP phones,” she added.

The fragmented nature of Australia's broadband and telecommunications industry was also a potential problem, Evans said, because it leads to excessive finger-pointing when things go wrong.

For instance, it is quite common for business customers to buy broadband access services from one company, and a VoIP service from another. Neither of these providers would have visibility into the other’s network, and may not have any type of commercial relationship whatsoever.

“People can’t cope without their phones for a week while different carriers and service providers try to work out who ‘owns’ a problem,” Evans said.

Harley agreed that it was essential to have the same provider for normal Internet and voice services, and that iiNet was able to use this as one of its main sales differentiators, given that it was a large ISP with its own network.

“This allows us to offer a controlled VoIP service with support that’s rolled into a whole broadband/phone experience,” Harley said, adding that if someone had a problem with iiNet VoIP, they could speak directly to the people that control the Internet network it’s running off.

“Other VoIP providers allow users to operate off any ISP network, but who do you ring when the VoIP service has a hiccup? The VoIP provider has no network to fault and the consumer is left in an awkward position halfway between their Internet provider and their VoIP provider,” he added.

“As with all technology; service, support and dependability might not sell it up front, but working together, those three factors control the end user experience and feed back into the further adoption through friends and family,” Harley said.