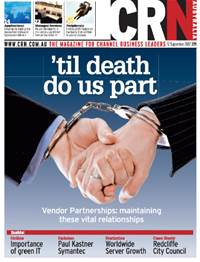 This article appeared in the 17 September, 2007 issue of CRN magazine. 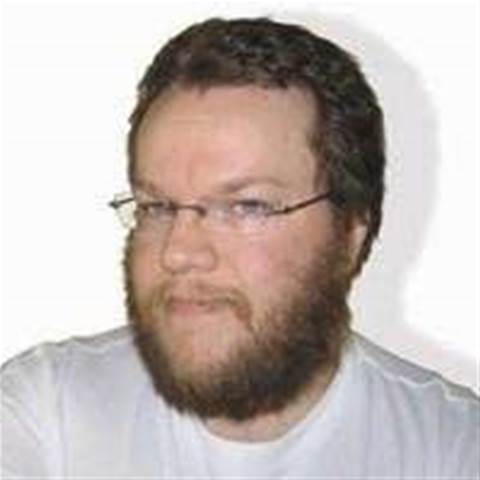 I had a problem with my BlackBerry a few weeks ago. Having moved my personal domain to Google Apps, I found that the BIS (the consumer version of the BES) regarded my personal email account as invalid.

Fiddling and reconfiguring didn’t help, so I tried emailing Google’s legendary tech support. I got an email acknowledging my request within seconds. Seconds, I tell you. I’ll get back to that.

After a while, I decided to try going through Telstra, my mobile provider and reseller of BIS services. Everyone, of course, knows what Telstra’s tech support is like, right?

I got an exceedingly polite support person who, after establishing that I knew about stuff like IP addresses and POP servers, was not the least bit patronising nor condescending. What’s more, having determined that my problem was not something she was either able to talk me through fixing nor fix herself, she elected not to dismiss me and tell me I should try BlackBerry.

She called BlackBerry — or, more accurately, she called RIM, the maker of BlackBerry. In Canada. Right then and there.

It turned out the problem was at RIM’s end of things and was actually a fairly complicated one (which was probably causing problems for a number of Australian users but I got the honour of being the squeaky wheel). Once diagnosed, it took about 15 minutes to fix and my BlackBerry sprang to life.

All up, I spent a little more than two hours on the phone with a technician who was simply determined not to let this thing go until my problem was solved. I could not have hoped for better. I wish I could recall her name (she gave it to me at the start of our relationship, but my memory faded over time) — she deserves some kind of medal.

Now, admit it: all the time you were reading that anecdote, you were expecting it to take a turn into the world of incompetent, rude and downright bizarre tech support experiences. Weren’t you?

We’ve all heard those stories. “You’re too dumb to own a computer” and “Welcome to Bangalore, I’m unable to help you with anything” and “Try reformatting the hard drive and reinstalling Windows” (on my phone?)

Bad tech support stories are a genre unto themselves. Telstra in particular comes in for a fair bit of (I’m sure, justified) criticism and, I promise you, I did not approach my own Telstra tech support call without trepidation.

So I thought I would tell you my story, the surprise twist of which is that I got good quality technical support and was left with a positive feeling towards the company in question as a result. I hope the call was recorded for training purposes — then I may one day hope that such a story is the norm, not the exception.

And as for my emailed query to Google? I’m still waiting.

Matthew JC. Powell has more email addresses than he knows what to do with. Try mjcp@optusnet.com.au

Apple’s touchy subject
When is an iPhone not an iPhone? When it’s an iPod touch, the new-generation iPod announced by Apple CEO Steve Jobs at a special event this month. The iPod touch looks almost identical to an iPhone, uses the same multi-touch screen and includes all of the iPhone’s multimedia and Internet capabilities — just no phone.

Announced at the same time as the iPod touch was the iTunes WiFi Store, a special version of the iTunes Store which will be accessible using the wireless Internet capabilities of the iPod touch (and, one assumes, the iPhone). For the first time, users will be able to buy songs directly from iTunes without having to go via a desktop computer. And, for a small extra charge, they can pick a 30-second sample of the song for use as a ringtone.

There are two versions of the iPod touch: an 8GB version for $419 and a 16GB version for $549. Recognising the potential for the device to eat into iPhone sales, Apple also reduced the price of the iPhone in the US by $US200, though Australian pricing is yet to be finalised.

Capping off the special event, Jobs also announced an update to the iPod nano — now with a wider screen capable of playing video — and an all-metal iPod with up to 160GB of hard-drive storage, known as “iPod classic”. Which, I suppose, makes the iPod touch the “New Coke” of iPods. Apple probably doesn’t see it that way. All of the iPods got a refresh to their user interface, with an improved album view and “Cover Flow”, the eye-candy interface from iTunes that allows you to select albums visually, as if flipping through them on a shelf.

This article appeared in the 17 September, 2007 issue of CRN magazine. Subscribe now