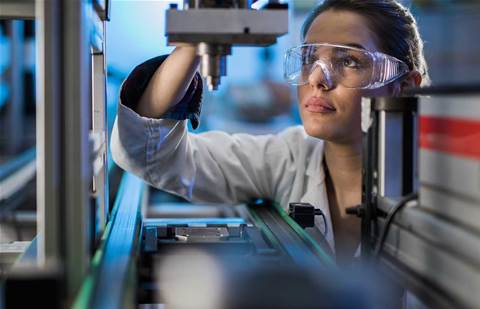 While much has been made of the death of manufacturing in Australia, some locals who've stuck to their guns are producing world class products with an eye for quality which is often lost when manufacturing moves offshore.

Sitting on Asia's doorstep works to Australia's advantage when it comes to many exports, but it has long presented significant challenges for the country's manufacturing sector.

The lure of offshore manufacturing is strong in the age of globalisation, especially when neighbouring countries can leverage low labour costs and the economies of scale to mass produce products at unbeatable prices.

Senetas can't talk too much about its clientele, which includes defence departments around the globe along with Fortune 500 giants like Microsoft. Yet it's no secret that Senetas has kept production close at hand, using manufacturing partner Extel in the south-eastern Melbourne suburb of Glen Waverley.

Senetas' products require government certification is some markets, which includes auditing the supply chain. Even with this certification, Wilson says Senetas would struggle to win the confidence of its customers were its products manufactured outside of Australia, New Zealand, Canada, the United States or the United Kingdom – the members of the five eyes intelligence alliance.

When a US channel partner suggested Senetas switch to its US manufacturing partner, the distributor dispatched an audit team to Melbourne which concluded that Extel is a "world class manufacturer," Wilson says. Extel is now winning business in the US and the Australian manufacturer is seen as "agile, proactive and service-oriented".

"Working with an Australian manufacturer has changed our business," Wilson says. "Of course we need to ensure that we get a decent price but, when we benchmarked the costs of manufacturing our product in Australia versus a US manufacturer, Extel's prices were actually 30 percent cheaper."

"China would be cheaper again, but we would have concerns about intellectual property, as well as concerns as to whether our government customers would buy from us."

Apart from security issues, close proximity to the factory also offers practical day to day advantages when it comes to advanced manufacturing.

"There are a hell of a lot of efficiencies," Wilson says, "you don't necessarily see them all in the straight up manufacturing cost, but there are hidden costs when you're trying to manufacture offshore."

"For example, if there's a manufacturing problem our engineering team can just jump in the car head up the road, it's only 20 minutes away."

While Australian manufacturers don't seem to receive as much support as some other sectors which are doing it tough, Extel was awarded a $250,000 grant under Victoria's Investing in Manufacturing Technology program in 2014 so it could establish a new manufacturing facility.

Other assistance programs include the Federal Advanced Manufacturing Fund and Next Generation Manufacturing Investment Programme which both support high-value manufacturing.

In return, manufacturers employ around 900,000 Australians, invest $4 billion in research and development and contribute $100 billion to the economy, according to the Australian Bureau of Statistics. Advanced manufacturing represented 25 percent of merchandise exports in 2016/17.

Like Senetas, Zellabox is low-volume, high-value manufacturer which can't afford to choose its manufacturing partner on price alone. When your products are mission critical in challenging environments such as remote mining sites, sending manufacturing offshore to cut costs is a recipe for disaster, Keeler says.

Avoiding China due to intellectual property concerns, Zellabox experimented with manufacturing in Europe but – even with its own people on the ground – quality control issues saw it stick with its Australian manufacturing partner. Achieving satisfactory offshore results would have required investing more time, effort and money, taking away from local resources.

"Manufacturing in Australia is second to none, we are extremely happy with our manufacturer, but costs keep rising every year," Keeler says.

"The industry needs assistance in terms of finding ways to help smaller manufacturers improve their processes and bring down costs. As a nation we need to work all the way back to the raw materials to find ways to reduce the cost of local manufacturing."

Zellabox works with channel partners to export products around the world, although freight costs from Australia add to the pricing challenges when competing with Chinese rivals.

"Australian products are highly regarded internationally, we are considered to produce a premium product that works every single time and does what it says on the box," she says.

"That said, you have to work so much harder in order to get a sale over the line when you're competing with a cheaper substandard product."

Australian high-tech manufacturing is not just the realm of specialist hardware. Local PC and server makers like Venom Computers and Leader Computers have kept manufacturing onshore in order to deliver a superior product even though, like Senetas and Zellabox, they still need to source some components offshore.

While Venom Computers meets the criteria for the Australian Made sticker and has resisted shifting everything to China, its computers are manufactured by the "global value chain" rather than in any one place, says chief executive Jaan Turon.

"Customers vote with their wallet and Australians don't care if a product is made in Australia or not," Turon says. "What they want is the best and we're a local company that creates the best globally-made product."

"The fact that we happen to be Australian is a bonus, but you shouldn't pay extra for it."

"Our company is still a family-owned businesses, we take a lot of pride in the quality of our products and we don't want to compromise on that," Ianson says. "We've got a lot of customers who appreciate that, we're not always the cheapest but a lot of people would consider us to be one of the best."

"The way to make Australian manufacturing work is to position yourself as a premium product and then deliver on that promise in order to justify the higher price tag compared to offshore alternatives."

The challenge of manufacturing electronics locally is compounded by the fact Leader Computers is paying more for components than large-scale Asian rivals which wield more purchasing power. Local manufacturers are also faced with expensive shipping costs for those components, plus they're at the mercy of currency fluctuations and production shortages during which larger markets tend to get first priority.

"Big price shifts can really hurt financially, some vendors are really good at supporting you and some just shift with the market and you don't get any support from them," Ianson says.

"A really strong relationship with your suppliers is key if you want to survive as an Australian manufacturer."