Meet the Aussie data specialists who analyse their own businesses 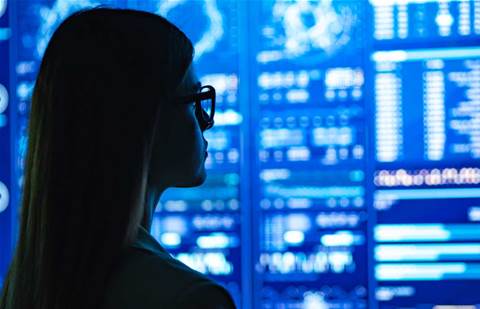 A cobbler’s wife might have no shoes, and a builder’s home may never be finished. So does an analytics reseller have data-driven insights into its own operations?

Analytics and artificial intelligence (AI) are among the hottest topics in the tech world, but they require a high degree of skill and some precursor conditions to implement effectively. However, anecdotal evidence suggests that customers are now taking up these technologies at volume, which in turn is creating a skills shortage. This has created a massive opportunity in the channel to on-sell analytics skills – provided they can find them.

But where does this leave those same companies when it comes to using analytics technology for their own betterment?

One specialist data consultancy with the answer is MIP Australia. It was founded 28 years ago with the vision that any question about business performance could be met with a data-driven answer. As a result, MIP’s chief operating officer Peter Kokinakos says the company makes extensive use of analytics tools throughout its own operations.

“Every Friday morning the sales team get together and go through the numbers, and that is all driven through a Tableau dashboard,” Kokinakos says. “We have invested some of our cycles into building a fully-functional data warehouse across our finance and sales operations, and we keep adding to it. At the front of house we use analytics to carve up our sales pipeline and determine where our success is coming from, and help the sales guys focus their efforts in the right accounts and on the right opportunities.”

The next step has been to build a set of analytics dashboards that provide visibility into the utilisation of MIP Australia’s consultants, including where they are and the kind of work they are doing.

“We use dashboarding technology to understand when a consultant is about to come off, how far forward the lead time is, and use that as a mechanism to look for their next opportunity and start cycles a little bit earlier,” Kokinakos says.

In each project, he says the challenge is not using the technology.

“The challenge is having the width of data you need to do some really clever analytics,” Kokinakos says.

But while these capabilities might seem advanced in the eyes of other channel organisations, Kokinakos says they a barely noticed by some of MIP Australia’s clients.

“There is an expectation from our clients that we would be using products we have experience with to run out business,” Kokinakos says. “But the more interesting challenges are ‘out there’. Some of our client’s businesses are a lot more sophisticated than what ours is.”

The broad-based IT solutions provider Empired has also taken to adopting the analytics tools it implements, to the betterment of its own operations. This includes an analytics model that predicts late or non-payers by analysing data relating to timing, customer satisfaction, the individuals involved, and other factors.

“That is a piece of work that we did for a customer initially, and we thought that we could use that ourselves,” says Darren Christophersen, Empired’s general manager for enterprise solutions.
Empired also built another model that takes in information about customers, industries and previous work, to identify target customers and their propensity to buy. But the model Christophersen says he uses the most is in relation to staff utilisation.

“We are a services business, so that is a very important metric for us to understand,” Christophersen says. “So we have a model that takes potential stuff in our CRM, based on the delivery team profile that we have put into that, and uses rules to combine that with our tentative bookings to come up with a predictive utilisation.”

Christophersen says getting better control of staff utilisation not only prevents him from hiring people he doesn’t need and helps him manage team size, but can also help with cashflow and profitability.

“If you look at the margins within our business and our peers, you don’t really make any money until sometime on Friday,” Christophersen says. “So if you get that wrong you can get quite large swings past break-even and profitability. If you can bring forward break-even, you’ll make more profit. And that is why that utilisation is really important to understand.”

Understanding and managing the acquisition and deployment of talent has emerged as the primary use-cases for analytics in the channel and has been a key area of focus at the automation and devops consultancy Vibrato.

CEO and co-founder Peter Gatt says the need to manage the human side of supply and demand led the company to create a model that brought in data from its CRM system, general industry financial information and even data from the press, to build up a predictive capability.

“We can forecast on work coming through the pipeline and what that translates to, as well as what our hiring should be,” Gatt says. “We run can models that forecast where the work will be and start to forecast what the revenue will be and actual cash on hand, based on things like payment dates and average debtor days. That helps us forecast where we are going to be in three, six or 12 months.”

Vibrato has also taken its predictive capabilities one step further by beginning to model future scenarios, such as if three of its clients suddenly went out of business.
“It helps us analyse risk for the company,” Gatt says.

One of the outcomes of improving the utilisation of human resources is the elimination of ‘bench time’, when consultants are between projects. While this helps with revenue, it leaves few resources available to work on internal projects. So Gatt says the company has introduced a concept called ‘gym time’.

“We have structured programs in place internally where we build IP capability and product,” Gatt says. “Instead of having a gap in any one person’s time, they are booked in for weeks at a time to work on an internal product, which often gets on-sold to a client.

“The hardest thing is for an organisation to stop and spend time and resources on their own thing. We had to make some pretty hard decisions and make financial space to make it happen. But as you grow you need to make sure your organisation can tap into those things.”

While these technologies are often applied at the back end, they are also starting to play a customer-facing role. The Sydney-based AI specialist consulting house Carrington Associates Asia Pacific has made a name for itself within the IBM Watson community and for its own machine learning-based creations and is using that expertise to help manage its pipeline.

Carrington’s managing director Sachin Khisti says his company has been using chatbots to help within its sales process and is planning to run campaigns where chatbots will provide the initial customer interface, drawing in information from LinkedIn and other sources to gain greater insights about prospects.

“These chatbot conversations help qualify if something is really a lead or not,” Khisti says. “And then at the end of the campaign we can analyse the questions that have been asked, to know if we have been responding to them well.”

Khisti says having a track record using technology such as Watson is essential when pitching for business, and has enabled his team to turn up to prospective clients with demonstrations, rather than just presentations.

“We can’t sell something for others which we can’t utilise ourselves,” Khisti says. “That gives a lot of confidence to customers that we are not just selling it on PowerPoint but have actually done it.”