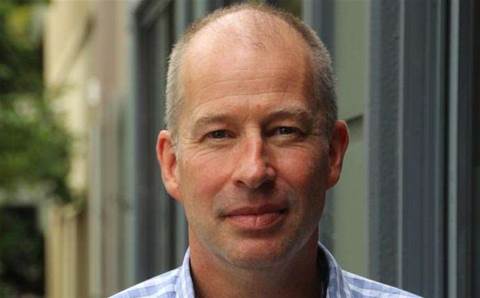 Paul Barge has seen it all. He worked in the Microsoft channel in its heyday in the 1990s, tasted open source software with Red Hat in the 2000s, and had stints at Cisco and NEC before joining Brocade as Australia and New Zealand channel manager last December.

“My career started in the software channel – my first real job was with Microsoft. I worked with those guys for 15 years in Britain, dealing with various channel roles from resellers, OEMs, ISVs to SIs.

“It was the Windows 95 era, probably the pinnacle of software abuses. It had a ‘rock star’ type of launch for a software title. Exciting days in the industry. I remember presenting Windows for Workgroups and doing demonstrations of chat and dabbling with voice-operated Windows as a way of presenting products to people.

“I came to Australia eight years ago. The time has gone so quickly. My first role in Australia was at Red Hat, the Linux operating system organisation. I was their channel partner manager.

“The open source world is very interesting. You have a collaborative way of developing a product. So these put me in good stead for the role in Brocade where we are pitching ourselves as the most open of players in the software-defined networking space.”

“In Australia, we have one distributor – Avnet. We decided to go with a single distributor as we would be able to leverage a lot more with their marketing and communication engine. The single distribution model has worked well for both of us and our partners.

“We’ve got about 200 registered partners, and probably 25 that are Premiere or Elite in Australia and New Zealand. So we’re not talking about a huge channel – we’ve got
a very focused partner channel.

“ASI Solutions and Correct Communications are among our go-to partners. New partners that have just signed with us include Advent One, who are known as an IBM partner, and Digicor.”

“The entry level is ‘Select’ status. Then we’ve got Premiere and Elite. Each has a rebate program attached to it. Our mainstay rewards program will reward partners in selling product, but also introducing us to customer opportunities. We’ve got dual registration, as you must in today’s competitive marketplace.

“The strength of our program is that we have a very close relationship with each of our partners. We offer a lot of enablement.

“Software-defined networking is in flux and there are some very tangible products that we have on offer today. We’ve got NFV (network-function virtualisation) products; we’ve got the most deployed router in the marketplace today; and we’ve made acquisitions like SteelApp, which is a virtual load balancer from Riverbed. That’s proving to be a great addition to our portfolio.”

“The classic one, and it may be a cliché, would be to listen to your partners. I came on board to Brocade and needed to get up and running very quickly – and the best way to do that was to sit down and listen to what they had to say.

“Keeping it simple, regular and predictable is important for partners. You absolutely need to enable your channel – offer them leads and opportunities. Help them build the market. You need to make sure they have access to your engineers, sales team and marketeers.”