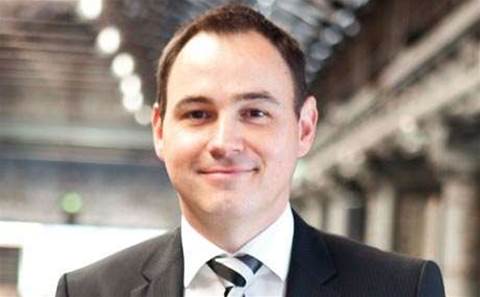 Peter Murphy has been in his channel role since September 2012, after 14 years with the company. While Dell is not a vendor traditionally linked to channel, this is changing. Murphy says that at a global level, around one-third of its business comes through channel partners – and growing. The company has almost 2,000 channel partners across Australia & New Zealand. September 2013 marked the fifth anniversary of PartnerDirect in Australia, and more than 5,000 deals were registered in Dell’s PartnerDirect program in the past 12 months.

“Partners that have committed to our training program have had great success growing at multiple times the rate of the market. There is also a variety of partner rewards programs, which include rebates and marketing development funds.”

“One of the main lessons Dell learned from previous channel programs was to keep them simple, focused and consistent. Responses from Dell’s advisory council, which is made up from members of the partner community, has given the company very clear feedback and that has had direct influence in terms of the mechanics of many initiatives and programs. We recently announced a new Partner Advisory Council in Australia to aid our focus on local sales and strategies. This has led to Dell to increasing its marketing development funds for our partners – a move that is already paying dividends.”

“Intuit Technologies has been a partner of Dell’s for four years and CEO Pieter Kolkert says that Dell has contributed to 30–40 percent of revenue over the past few years. Our partnership has been key to Intuit’s growth and has enabled it to move into the services space and grow the business.”

“This month we launched a new rebate and marketing development fund program for FY15. New training certifications have also been introduced for Desktop virtualisation solutions and software and we will shortly be introducing an automated lead management tool that will provide partners with the ability to receive leads, and effectively track the ROI on demand generation and campaigns.”