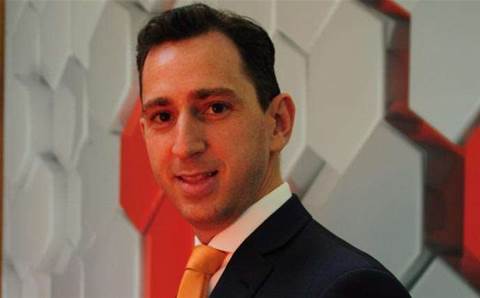 Ben Goodman, director of channels APJ at Pure Storage, joined the flash vendor this year after a 12-year career at EMC. Goodman came onboard at a time when Pure Storage began ramping up its local channel, also hiring a new country manager and appointing Distribution Central as its second distributor.

“I started in March based up in Singapore. I spent 12 years at EMC in a range of roles from inside sales to account management, branch management in Western Australia, looking after mid-market. Prior to Pure Storage, I was running the sales strategy across Asia-Pacific. Having quite a diverse range of roles gave me exposure not just to elements of the Australian business, but also the Asia-Pacific business, which is a very diverse structure with a lot of go-to-market considerations.”

“It’s the Pure Partner Program (P3), which launched in APJ in late May. We had a partner program previously, when Pure Storage was in its infancy, to help onboard partners. This version is much more focused in terms of how we help our partners build up a strong pipeline, how we enable with the skills, and deliver significant value-add around Pure Storage’s technologies to customers.

“It’s very much focused on all of the IP we’ve built over the past couple of years in terms of marketing, design, technical expertise, and giving all of that information and embedding it within our partners to enable them to be successful.”

“We have two distributors in Australia – Distribution Central and Avnet, both were appointed earlier this year.

We’re now starting to see a lot more organisations start to approach us about becoming Pure Storage resellers, which is an inflection point for any business when it enters a new market. You probably spend the first six to nine months courting resellers and pursuing them. With the launch of the P3 program, there was a significant shift in organisations approaching us through Distribution Central and Avnet.”

[Pure Storage has since ceased trading with Avnet]

“The other thing is that we started to see some of our existing resellers build out capabilities around Pure that extended far beyond reseller capabilities. People like Oriel building out desktop-as-a-service based on Pure Storage has taken off into the market. People like Harbour IT building up a private cloud service or publicly available cloud on Pure Storage so that organisations can start to consume all-flash-as-a-service.

“People like Southern Cross down in Melbourne building out capabilities around flash stack, which is our converged infrastructure approach with Cisco and VMware to take a converged infrastructure all-flash offering to the market because organisations were looking to deliver an application capability. It might be that they wanted to deploy virtual desktop service in their business, they wanted the server, the computer, the network and the virtualisation layer to all be collapsed under a single structure.”

“The biggest challenge is customers not believing the impact it can have in their data centre. We’re seeing a lot of organisations now understanding  the technology and trying  to understand the breadth of the impact and they’re just at that point before they can make investments in it. I wouldn’t say that’s been a challenge for Pure, it’s been one of the things that’s driving the all-flash market.”