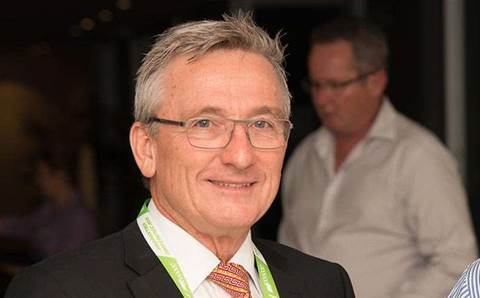 Peter Bender is an Australian IT industry veteran with more than 40 years’ experience. At the end of last year, his role at Veeam was broadened to channel and alliances manager.

“I started work in 1973 with OTC – Overseas Telecommunications – which is now part of Telstra. There I moved from telco to the automatic data processing side. I realised a career was begging in IT with a vendor, so I went to IBM [Australia] as its first professional hire in 1984, as I didn’t go through the graduate program. It was exciting times in those days. The PC had just come out.

“I was at Microsoft for eight years. Then I wanted to get some channel experience, so I moved to Computer Systems Australia, a pretty successful Microsoft partner in Newcastle.

“I was there for nearly two years when [Veeam ANZ vice president] Don Williams phoned me. I was aware of Veeam and how quickly they were growing – they needed a Microsoft alliance manager. I knew Don from my Microsoft days. I used to manage a technical sales team. When [Don Williams] was at Quest, they had a whole lot of migration tools that plugged in with the tools that my team were selling.”

“In Australia, we use Ingram Micro and Avnet as our distributors for the perpetual licence business and Rhipe for our cloud and service provider business. In total, we’ve got about 1,800 or so partners in Australia. Some of those are just the cloud provider partners but most of them do some perpetual and are starting to build a managed service provider business as well. We’re helping them with that.”

“I moved into this role heading up the channel at the start of this year after 12 months in a Microsoft-focused role. We revamped the program as of 1 July as a result of successful restructures in channel programs overseas, primarily in Europe. What we’ve done now is change it so the higher tiers – platinum and gold – get a much bigger upfront margin. Platinum tier membership is by invitation only.

“We’re also really emphasising now that resellers need to have both the sales certification, which is about an hour of online training, and also the technical sales online training, which is 1.5–2 hours. We also want a revenue amount on a regular basis. We’re really wanting to enforce that because it’s for the benefit of everyone.”

“At the start of this year, for the first time, we held a single ANZ partner conference. There was a lot of stress at the office getting it organised, but in the end we held it in the Hunter Valley and more than 100 channel and alliance people turned up. A lot of them flew in on the Thursday morning; and we bussed them up to the Hunter, had an afternoon session, an awards dinner that night, and then the next morning we had an overseas speaker till lunchtime. We closed with Kurt Fearnley, the wheelchair athlete.

“The feedback was phenomenal. We’re going to do an event again this year. We’re just working out logistics now but it will be in February, before the events season gets started.”

“Something I try to pass onto more junior people is that from a channel point of view, you don’t just want to be connected in with the vendor’s channel staff. We don’t want our channel people to be the only connection point into our channel partners. That’s a failure on their part. What they need to do is make sure that the partners’ sales people are connected with our sales people; our technical team is connected with the partners’ technical team; and their marketing team is connected to ours.

“We will always focus on our bigger partners but we won’t exclude even the registered partners. If they’ve come to us as a new partner with a great idea to run an event, we will absolutely look at it and we will support them, whether it’s some sort of digital event, an EDM, or a breakfast event for customers where we provide speakers.”