Meet the CRN MVPs: Champions of the channel 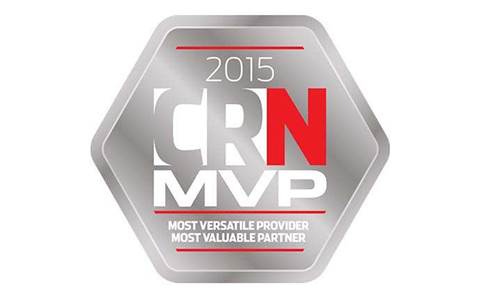 I often get asked the question, who are the top companies in the Australian IT channel? There’s no easy answer. What should we measure? Revenue? Staff numbers? Awards?

CRN already has a metric to identify the fastest-growing resellers, the CRN Fast50. But what about the biggest influencers, the major players, the companies that lead the industry?

Over recent months, the CRN team has been creating a methodology to identify these star players, the most valuable, most versatile partners in the Australian channel.

There are many of the channel's household names among them, as well as quite a few surprises.

Over the coming Channelwire newsletters, we will introduce you to the 2015 'CRN MVPs' - make sure you are signed up to the free newsletter to find out all the details.

The CRN MVPs are also revealed in full in the November print issue of CRN magazine, due out this week. You can subscribe for free here.

Why do we call these companies ‘MVPs’? It stands for two things, reflecting how important these players are upstream and downstream (ie, to their vendors and to their customers). The CRN MVPs are the ‘most valuable partners’ – they drive major outcomes for vendors in terms of revenue, market presence and expertise.

They are also the ‘most versatile providers’ – customers can trust these companies to construct and support complex solutions leveraging best-of-breed technology.

To qualify as a CRN MVP, a partner must have at least four gold-equivalent levels across eligible vendors. We limited the eligibility to 12 key tier-one vendors.

Only 14 partners in Australia have at least four gold levels across these vendors – these are the 2015 CRN MVPs.

The 2015 MVP program was a closed program. The CRN team did all the data crunching to identify these top companies. In the first half of 2016, we will open it up to the industry. In order to qualify, you will need at least four gold-equivalent partner levels across eligible vendors.

We will provide plenty more information and detail about the competition in due course. We will also be expanding the list of eligible vendors, which will increase the number of potential MVPs. The best way to find out if your accreditation mix can secure your company a place will be to enter.

We are currently accepting expressions of interest at www.crn.com.au/MVP, where you can also leave feedback on the program. Entries will open in coming months.