Meet the young Australian entrepreneurs making waves in IT 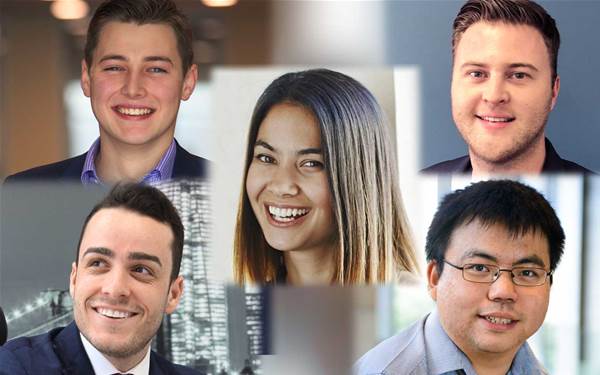 From regional IT services to a billion-dollar software business, the young guns of the tech industry show the next generation is capable of big things. We spoke to five talented young people to get into insight into what makes them tick, and what drove them from early on.

Few people ever run companies valued at $1 billion or more. Even fewer do it while still aged 30 or less.

But when Melanie Perkins’s company, Canva, attracted a $40 million investment round in January this year, it propelled the online design business founded by her and partner Cliff Obrecht in 2012 into the exclusive ‘unicorn club’ of private companies valued at more than $1 billion.

“Design had always played a big role in my life,” Perkins says. “When I was 14 I made handmade scarves that I sold at shops and markets throughout Perth, and I never forgot the freedom and excitement of being able to build a business.”

She has also had some valuable mentoring along the way, including from Lars Rasmussen, co-founder of Google Maps. Rasmussen played a key role in helping Canva secure an exceptional tech team.

“He helped Cliff and I find the right tech co-founder, ex-Googler Cameron Adams, who has brought so much magic to our product, as well as Dave Hearnden, who has led our insanely huge development efforts to combine many industries into one simple and accessible page,” Perkins says.

Today Canva is available in more than 190 countries and 100 languages. But Perkins says the company still has a long way to go.

“While we have made some great strides in realising our vision over the last few years, we’re still only 1 percent of the way into our plan and vision for the company and the many ways we can empower our community,” Perkins says.

Some teenagers get a part-time job for pocket money. But Alexander Slade started a technology company.

“I’d always loved computers,” Slade says. “Back in Year 2, I had a teacher who was the tech guy at my school, and he’d give me bits and pieces to tinker with. He gave me a couple of old computers they were chucking away and said ‘go for it’, so I got them back up and working.

“So when it came time to get a part-time job, I thought why go out and get one, I can do some tech stuff myself.”

His first job was providing tech support for friends and family. But when his father, a salesman, had a client who needed a website, Slade was dobbed in.

“They are still a customer today,” Slade says.

Today, A Corp Computers is growing rapidly in both Sydney and the Hunter region, where it services the hospitality, mining and equestrian industries, with four permanent staff, multiple contractors, and a slew of interns. While the business has traditionally been opportunistic in the work it takes on, Slade says he is coming to understand that not every customer is a good fit.

“We want to be huge, but we don’t want to be so big that we can’t manage customers properly,” Slade says. “We have a personal approach to customers at the moment. We want to keep that approach while we grow significantly.”

Sheng Yeo was just 21 when he and Alex Sharp launched a company that aimed to beat Amazon Web Services at its own game. And while many much larger and better-funded competitors have been crushed under the weight of that cloud behemoth, eight years later OrionVM is growing from strength to strength.

The key decision was to pivot OrionVM away from being a retail cloud provider to a wholesaler. But what has enabled them to succeed is a pricing model that is at least 25 percent cheaper than AWS.

“We saw in the market there was a lot of MSPs and SIs and telcos that struggled to deliver their own cloud solutions,” Yeo says. “We find partners that can deliver their solution as cloud, and we work with them to effectively ‘cloudify’ and launch.”

That includes hosted PBX providers, virtual desktop solutions and SaaS providers, and OrionVM is now building out a GPU cluster for partners in the VFX and animation industry. Much of its revenue comes from the US, where it is distributed by AT&T and Synnex.

“Two or three years ago it was a pretty difficult story to sell,” Yeo says. “People were still pushing down the Amazon first path. In the States we are seeing a very big shift.”

At the age when most kids are assembling Lego, Maunder was putting together computers. By 12, he was already running businesses importing and exporting technology from China.

“I was a strange kid,” he jokes. “After school when I was 12 or 13 I’d go to mum’s work and telemarket for an hour or two of an afternoon, trying to push my product.”

At 16 he was selling VoIP solutions in a Telstra shop, before he realised he could do a better job on his own. So he left school, and with $5000 in his pocket started Anttel from his bedroom.

Starting at such a young age was not without its problems.

“I didn’t want to be seen as the owner, because I thought the business would lose credibility and not be taken seriously,” he says. “And I always wanted to make it seem bigger than what we were. There was me and one other guy, and when we answered the phone we’d answer with different names so the customers thought we had a receptionist and were bigger than what we were.”

He also learned how to deal with rejection from a young age.

“As a kid, while I had some wins, nothing seemed to ever really take off,” Maunder says. “And I obviously handled it OK."

The company now has 22 staff, and is building a fixed wireless network in Brisbane, the Gold Coast, Sydney and Melbourne to take on the NBN.

While he never completed school, Maunder says he is grateful that he chose to strike out on his own at such a young age.

“The only regrets you’ll have are the opportunities that you didn’t take,” he says. “When you make mistakes and it costs you money, you learn quickly, and try not to make them again.”

By his own admission, Jordan Grives never did well at school, but that hasn’t stopped him building two multimillion-dollar businesses.

In 2016 he sold one of those, telecommunications company Fonebox Group, to the US-based company J2 for $30 million. Now he is building his second business, Fone Dynamics, into a multimillion-dollar provider of dynamic contact tracking solutions.

Grives says he is surprised by the impact that selling Fonebox had on him personally, having built it over eight years since its formation when he was 18.

“The money and the reputation and all of that stuff doesn’t matter,” Grives says. “It is like you have cut a limb off, and you say goodbye to all the people who were there along that ride. You were once responsible for 100 staff and thousands of clients and suddenly that all changes.”

The experience with Fonebox has also led to some changes in how Grives is building his second business, including focusing his energy on the sales and marketing roles he is best at, utilising the skills he picked up as a teenager while working with his father.

“I learned the hard way about cold calling and how to build rapport with people,” Grives says. “When you are selling, you have to be pretty bloody persistent. I’m not the sort of person who will wait a week to follow up with someone on a proposal or check in via a boring email. I will really hassle someone until I get some clarity as to which way they are going, because there is so much noise in the telco landscape.”