Microsoft keeps moving the goalposts. So what? 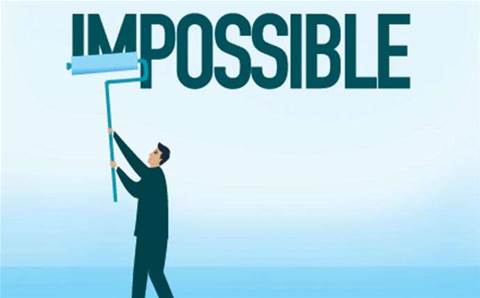 The cloud is here and the sky hasn’t fallen. It’s been several years now and most resellers/partners have accepted some level of cloud services in their business.

Some, like my business, Paradyne, have gone cloud first and haven’t looked back. Others have begrudgingly accepted they must do something, such as cloud backups at least. Even partners that make healthy profits from their own hosting business have accepted that there is a bigger cloud than them – the juggernauts of Amazon, Google and Microsoft.

But have you noticed how quickly this cloud thing keeps changing? In the early days, features came along and were developed with similar lifecycles to on-premise approaches. These days, that is simply not the case.

Look at Microsoft Azure – a new feature is released every 18 hours.

There was initial partner resistance to cloud because companies like Microsoft were providing services that competed directly with existing partner lines of business, such as hosting and on-premise installations. It reduced the requirement for managed services because there was less infrastructure to maintain and manage.

At Microsoft’s 2014 Worldwide Partner Conference, it announced the newest version of its Office 365 FastTrack program (the one where Microsoft provided onboarding services). For companies like mine, this ate directly into services revenue. I had always wanted to be known as the partner that did the most mailbox migrations; all of a sudden, my business model was under threat.

We also found that customers were doing their own migrations, thanks to Microsoft providing training and documentation for them. Our value proposition was diminishing. I had already seen the writing on the wall and had adapted – less reliance on project services and mailbox migrations.

This year at WPC, Microsoft announced that the FastTrack benefit was now being extended to Enterprise Mobility Suite, having recently extended it to Skype for Business.

Again, partners were up in arms that Microsoft was encroaching even further into their territory. I get it – Microsoft only released Enterprise Mobility Suite a year ago and we were told to go out and implement it. A year later, Microsoft will do it.

The term ‘vote with your feet’ has never been more accurate. Customers can choose from more services than ever before, as well as migrate into and out of those services with an ever-increasing ease. While vendors have expansive partner programs and work with them to drive more business, they also advertise directly and provide end customers with the ability to sign up for their services as well as enough documentation/support to implement it themselves.

So how do we keep up with ever-moving goal posts in the cloud world? The technology is elastic; the programs continue to evolve; the incentives come and go.

The answer is commitment. Commit entirely to the cloud and go along with the journey. Give yourself and your soul to the vendor(s) you choose to work with. Partners need to not just adapt their business models to the cloud, but continually adapt. Things are moving fast. We can’t do the same thing we’ve always done. We can’t even do the same thing we did last year. It is simply moving that fast.

We as partners cannot afford to be stuck in the Stone Age. Our attitude has to fundamentally change. We cannot think of how good the old days were. The cloud has changed our business, our lives and our world. What are you going to do to keep up?

Loryan Strant is the founder of Melbourne-based cloud integrator Paradyne, which was No. 8 in the 2013 CRN Fast50.