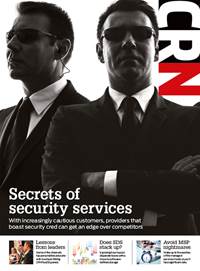 This article appeared in the January/February 2015 issue of CRN magazine. 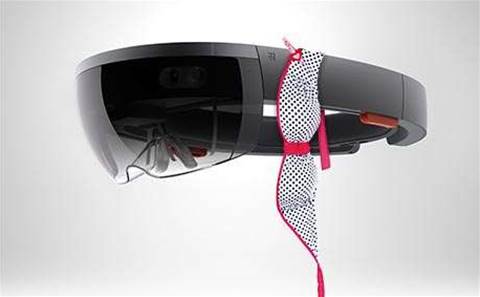 Microsoft has just earned a place in every teenage boy’s fantasy. This announcement means Princess Leia can now appear holographically in their bedroom, on demand.

This will surely sound the death knell for Apple’s iPads and iPods. Who needs retina displays for high-resolution viewing of underwear catalogues when you’ve got a 3D hologram of Princess Leia?

Of course, nobody is saying what this thing is going to cost. But all we have to do is wait. Not long ago, you needed a weekly allowance equivalent to NASA’s annual budget to get your hands on a 3D printer. Now you can buy one on eBay for a few hundred dollars (with some assembly required).

Predictably, the HoloLens will follow the same downward price trajectory, and you’ll be confidently expecting Santa to lower one down your chimney by the end of the year. Or maybe virtual Santa will just appear in a hologram and hand over your HoloLens personally.

With the move to everything virtual, it will be just that bit easier to keep the Santa myth safe from inquisitive young minds applying increasingly logical questions about his ability to visit so many houses in one night.

The practical uses for a holographic computer are endless. No need to actually turn up to meetings in future. Just appear holographically. Heck, no need to even turn up at work. Your holo-gram can take care of that chore. It’s entirely possible that nobody will ever leave home again.

You’ll be able to visit your holographic supermarket just by having it projected in your kitchen. No need for shopping lists. Just look at the supermarket holo-shelves then look at your shelf, and see what’s missing. Of course, some-body will have to actually deliver your groceries, but surely we’ll soon have robotic couriers to take care of that sort of thing.

“By placing three-dimensional holograms in the world around you, Microsoft HoloLens provides a new view into your reality that can tell what you are looking at and understand what you are saying with your hands and voice,” said the marketing machine at Redmond.

Therefore, as with nearly every new idea in computing, Rabid confidently expects that the ‘adult entertainment’ industry will be the primary driver of holographic technology. You just know this is going to happen, if it hasn’t already. What do you think those geek developers would have chosen to test their new toys? Yep. Naked holo-celebrities. Or, more likely, holo-celebrities being instructed to selectively remove items of clothing.

Incidentally, at the same time, Microsoft announced the release of Windows 10. Nobody even noticed. Until they read the fine print, which explains that you need Windows 10 to run your HoloLens.

Finally, a valid reason to upgrade from Windows XP.

This article appeared in the January/February 2015 issue of CRN magazine. Subscribe now