My bad experience at the Apple Store 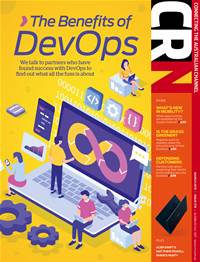 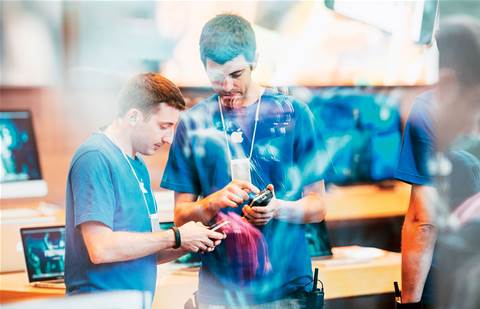 COMMENT  |  The big news in Apple retail recently has been that Angela Ahrendts — lured to Apple from her position as CEO of fashion retailer Burberry in 2014 and ranked in 2015 by Forbes as one of the 25 most powerful women in business — has decided to move on.

She is being replaced by Deirdre O’Brien, a 30-year veteran of Apple who is currently head of human resources (or what they call in Apple-speak “vice-president of people”). As well as taking over retail from Ahrendts, O’Brien will continue in her role with people.

Whether it indicates anything about how Apple weighs the importance of retail that someone with Ahrendts’s profile is being replaced by an internal promotion who will split her time between two roles, I don’t know and can’t say. Maybe Apple can’t really afford to hire a new vice-president of people?I hear it’s down on its luck a bit lately — it just lost a Facebook, you know?

One of the achievements touted for Ahrendts’ time at Apple was integration of the digital and physical stores. This is great, and echoes the call of many a digital marketer: that the in-store experience should match the online experience. Apple, of all companies, ought to be able to manage that. Right?

Let me tell you a story.

My daughter recently broke the screen of her iPhone 6s. I promptly made a booking at the first available Genius Bar to have it fixed. Unfortunately, traffic defeated me and I missed my appointment by 15 minutes.

Please, I begged, we need this fixed today. OK, no worries. Give us your mobile number, stay close to the store, and we’ll message you if and when a slot opens up.

That there is brilliant. Thankfully the damaged phone was my daughter’s and not mine, and we went for cool drinks and waited. Sure enough, within an hour my phone buzzed and we returned to the store.
Great use of digital tech to improve the bricks-and-mortar customer experience.
We put the phone in, and set to waiting. It would be about an hour, we were told. We elected to hang about the store.

After a while, I started to get a little worried about the level of battery power remaining in my phone. Once upon a time, Apple Stores had signs indicating it was OK to use the cables there to charge up your phone, but none were in evidence this day.

Surreptitiously, I lifted an iPhone Xs off of its charging cradle, removed my phone from its case and plugged it in to charge while I played with the Xs.

(As an aside, animojis are awfully fun, but they don’t recognise the movement of individual eyebrows. I accept that not everyone can move their eyebrows independently of each other, but for those of us who can this is a frustrating limitation. Get on it, Apple.)

After a while longer (by now much more than an hour), I checked to see the charge on my phone. Seeing it was at an acceptable level, I replaced the Xs with its stiff-browed animojis and resumed using my phone.

For no reason in particular, I looked at my email. Not something I often do when I’m shopping, but just a random thing. There, sent half an hour earlier, was an email from Apple to tell me my phone was ready to collect.

They had my mobile number, which would have got my attention. For that matter, the person who had taken the phone from me was mere metres away in the same store. But they sent an email.

I waited half an hour longer than I needed to because of poor integration of digital technology with in-store experience. I could potentially have waited much longer, simply because the staff in the store relied on one digital channel when simply coming and finding me — the way retail staff used to — would have worked far better.

So maybe O’Brien is exactly the right person to lead Apple retail, if she can teach staff to interact not only with the technology, but with actual people.