Networking is not a dirty word 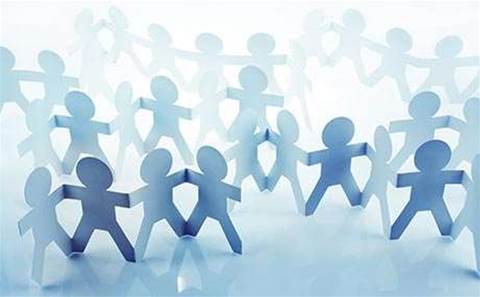 Networking: it’s a scary concept. I’m not talking about the layered protocol stack of TCP/IP. I’m talking about something dramatically more difficult: the social skill.

You probably know someone who claims to be the world’s best networker. He or she has a ready supply of business cards in their top pocket; they move from group to group at a business function with the greatest of ease, injecting themselves into every conversation just long enough to hand over a business card, and will later boast about the number of cards distributed or collected.

This makes me feel uncomfortable because it all feels so contrived. Some people claim sales is a numbers game: the more cards you hand out, the more sales you will make.

I take a slightly different view. I have no doubt that, done well, networking will deliver better ROI than any form of advertising, especially as the cost is minimal (your local Chamber of Commerce might host a breakfast once a month or a quarterly luncheon, where you might meet a new client).

Conferences offer countless networking opportunities. I remember attending a Microsoft conference several years ago. As the night dwindled on and coaches had turned into pumpkins, I randomly ended up speaking with a vendor sales rep. When I mentioned where our business was located, he almost jumped out of his skin. They had been trying to secure a deal in our city with a new client but they were unaware of any good, local resellers. One thing led to another and we secured an $80,000 deal within a month of the conference.

If I want to speak to someone new at a function, I typically approach a group. Think about it from the flipside. If you are standing in a small group at a business function and see a stranger approach, do you shuffle in a little tighter and stare at the ground, or do you spread out and invite them in?

Don’t be fooled by thinking that the networking game is about quantity; it is all about quality. Having two or three good conversations with people at a small function is fine.

If, as the other person talks, an opportunity arises to offer a solution based on your particular line of business, don’t go in with a blunt instrument; gently throw out the bait. If they are interested, they will ask for your card. If you have to shove your card into their hand, it will likely end up as landfill. Some 87 percent of people throw out a business card because they don’t need the service provided or they don’t want to do business with the card giver. If they ask for it, your details will be going into their phone on their way home.

Issa knows how to network. But sometimes his team cringe when he even mentions the word ‘networking’.

“I always remind my team not to be intimidated because these other people breath the same air as they do,” he says. “A simple hello is often all it takes. If my team are true to themselves and never change who they are, they can easily network. They never know who might be sitting opposite them at a function.”

Issa believes there is no doubt that a dedicated approach to networking pays off in the long term. He doesn’t expect to triple sales revenue after one function but it is all about making connections. “In my opinion, it is limitless. I network with vendors, business partners and even competitors and I believe networking is an extremely vital and powerful tool for any organisation.”