New iPhones push the limit on price and common sense 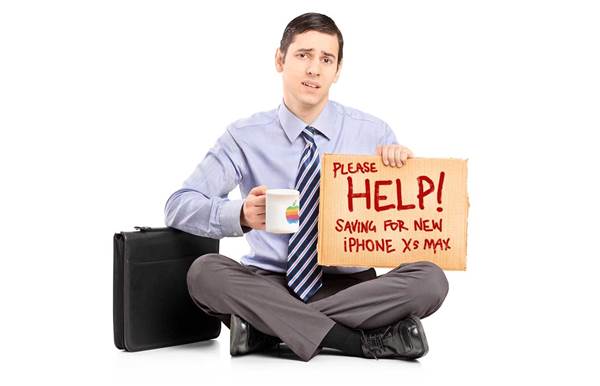 COMMENT  |  For those who’ve been hiding under a rock or trying to get the internet to work over the NBN, the big news last month was that Apple announced some new iPhones that nobody can afford. Well, nobody we know. You may move in more exalted circles.

When Apple boss Tim Cook was asked why they cost so much, he just said they’re really cool, and people just get them on a $30 monthly plan anyway. Rabid takes it as given that Mr Cook hasn’t found the Safari app on his iPhone yet, to look up what is happening in the real world.

They charge less because they know you won’t get a signal all that often.

Nobody is prepared to offer pricing for the iPhone XR yet, but it’s going to be cheaper and have fewer gee-whizz bits, but longer battery life. You can still get the iPhone 6, 7, 8 and X right now, but they might soon disappear from the shelves.

Far more interesting than selling the children into slavery to pay for a new iPhone, is the release of iOS 12. Not only is the latest version a free upgrade, it promises to put some life back into your old iPhone, delaying the need to replace it and giving you time to make some bets on the footy or the horses to raise the required funds.

What Apple didn’t announce was even more disappointing. No whizz-bang iPad Pro upgrade and no new MacBook Pro either. The faithful are holding out for another announcement later this year, because Apple did that two years ago.

Back then all we got was a Touch Bar — not a touchscreen — on the MacBook, and a bit faster CPU and GPU options. Since then, the processing has been bumped up on the 15” books but the 13” model is still slower than the large iPad Pro.

Apple doesn’t care if you think you can’t afford its shiny toys, because millions will find a way to afford them regardless. The latest prices will test this theory to the Max.

Meanwhile, over at Microsoft, which has thrown in the towel on making phones, tablets are very much the order of the day. But the PC-like Surface Studio makes even Apple gear seem like a budget-buy. With a price tag hovering around $7000 you have to really want one of these. A lot.

But they do have cheaper tablets, such as the Surface Go, which is pitched at $600. That’s less than ten percent of the price of the Studio and one third the cost of an iPhone XS Max. Then again, there’s always the Chromebook and Pixel phone. Are they cool yet?
Will they ever be?