No easy fix to crisis in PC repair 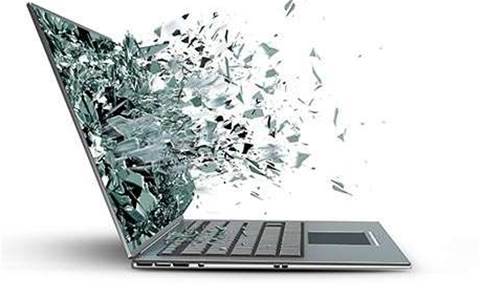 The PC repair channel has been reeling from a double whammy after two leading repair chains hit the wall in the space of six months. National computer repair company NCSS went into receivership in September, following the collapse of 105-year-old Australian IT firm AWA earlier this year.

The failures put immense pressure on those computer repairers who sub-contracted to AWS and NCSS. These smaller providers now face major financial losses because they are owed money by the collapsed firms – and they’re still waiting.

More than two months after its fall to administrators in late February, AWA was acquired by Cabrini Health. The move allowed Cabrini to expand its technology services, which included biomedical engineering, assistive technology services and facilities management.

The price was not disclosed but Cabrini indicated that the deal would preserve 130 AWA jobs around the country. At one point, AWA had a nationwide network of field service agents and 250 employees. In its new guise, it will be a shadow of its former self, and working in a different industry.

At time of writing, NCSS faced an unknown fate. Administrators Smith Hancock conducted the first creditors meeting on 5 September, and receivers PBB Advisory were still fielding offers for the east coast company. According to PPB, NCSS has around 80 employees and more than 90 service agents. The company’s decline is clear to see – NCSS reported a 2013 turnover of $16.8 million and 2014 turnover $11.3 million.

PBB partner Alan Walker said the firm had already attracted strong interest, but it was early days yet. “We are currently working with half a dozen or so parties, taking them through the due diligence process and they have expressed a keen interest in acquiring the business.

“The discussions we have had so far have been positive but it’s still at a fairly early stage of due diligence that the parties are working through," he added.

What were the drivers that sent two of the nation’s biggest PC repair groups over the edge? And if two large companies can go down, what are the prospects for others in the space?

Walker said PPB was still crunching the financials but indicated NCSS had gone off the rails because of “a couple of loss-making contracts".

“They weren’t able to turn the business around on to a sustainable footing," he said.

“The administrator will issue a report to the creditors in the next couple of weeks which will give the background for why the company failed and the financial information will provide a little bit more context around why the company ended up where it did.”

The future might be unsure but the implications are clear – in stark black and white on the creditors report. NCSS owes $3.6 million to dozens of repair agents across the country. The debts range from a few hundreds dollars up to some computer outfits owned more than $50,000.

The industry players CRN spoke to had their own opinions on what may have driven both companies over the edge, and they feared for the future of the PC repair industry.

These channel folks said that over the past five years, vendors have been screwing resellers by paying too little. Echoing the receivers, they claim that AWA and NCSS took on too many uneconomic jobs and couldn’t sustain it.

Next: What went wrong