This article appeared in the May 1, 2006 issue of CRN magazine. 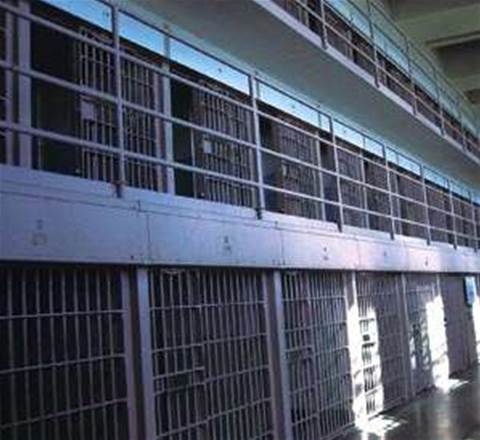 The NSW Department of Correctional Services has taken advantage of recent state government IT initiatives to roll out a state-of-the-art IP telephony and felt that voice integrator 3D Networks was well equipped to handle the unique challenges of its employees.

Corrective Services currently comprises some 169 sites state-wide, from the very small, with only one or two phones, to the departmental head office and the larger correctional facilities, such as Long Bay and Goulburn gaols.

The Department’s director, IM&T operations development, Ingrid McAlpin, says prior to the rollout of the new network, the majority of its voice networks had been centred around legacy private branch exchange (PBX) systems, comprising NEC PABX systems, using traditional TDM technology in the larger sites such as the correctional centres.

In the smaller sites, such as probation and parole offices, the Department was typically using smaller key type systems provided by Commander or NEC. “Most data networks, on the other hand, are IP-based and anchored around switches and routers. What we needed was a full integration of the two disparate networks,” she says.

The advent of the Government Broadband Service (GBS) initiative, a purpose-built Government network comprising Government Network Access Points (GNAPs) with fibre and microwave connections to a large number of metropolitan and regional towns across NSW and a major departmental broadband network upgrade provided the impetus to move to an IP-based voice environment.

This rollout of bandwidth over pipes ranging from 1GBit to 10GBit was then able to support voice over those pipes, says 3D Networks business development manager Chris Seaman.

This, in conjunction with the move of the Department’s head office into a new building, is what convinced them to make the move to an IP voice environment.

“The relocation of the head office of Corrective Services provides an opportunity to capitalise on the scaleable bandwidth offered by the Government Broadband initiative,” McAlpin says.

The tender was initially called when the Department made a move from Roden Cutler House to a new building, the Henry Deane building, which constituted a complete greenfields environment and involved over 1000 staff.

The move gave them the perfect opportunity to replace the ageing legacy voice environment.

The tender initially called for only three sites, Roden Cutler House, where some staff were remaining, the new Henry Deane headquarters (both in the Sydney CBD) and a Goulburn regional office.

Before the end of the tendering process, Corrective Services added part of Long Bay gaol to the tender, citing an “immediate and urgent requirement”, Seaman says.

The Department also called for two distinct tenders, one for the LAN switching and PABX system and the other for the voice network, though Seaman says it was always their intention to award the two tenders to the one provider, which it subsequently did.

Four major bidders were involved in the tender, of which the 3D Networks bid, using Nortel IP equipment, emerged as the winner.

Seaman says the entire tendering process from the initial offering phase until first implementation, was remarkably short. “Departmental staff had to move out of the old building and into the new one very quickly. This meant that we had to test and install the equipment and get it up and running in a matter of weeks.”

The solution purchased by the Department included: 10Gbit core switching, and 10/100/1000 switches with Power-over-Ethernet (PoE) to the desktop.

Seaman says the 3D Networks tender centred around the principles of availability, performance and scalability. “One of the advantages of our bid with Nortel was that we were able to install the new network components very quickly,” he says.

“We were also able to meet the fairly specific requirements of the tender in that timeframe. These included a demonstrated understanding of the services required and the extent of the network, the support capabilities of the respondent and the short-term implementation timeframe.”

One of the other things that gave the Nortel/3D bid a distinct advantage, according to Seaman, was the interoperability it offered with disparate programs.

“They also made it clear to us that they were not overly concerned by cost. What they really wanted was the right level of functionality needed to meet minimum requirements. What we were able to offer was a fully compliant bid at a cost-effective price.” McAlpin adds that the Nortel/3D bid most cost-effectively met the technical and business requirements of the Department. 3D Networks used a core team four for the initial tender then six at the presentation and evaluation stage.

This article appeared in the May 1, 2006 issue of CRN magazine. Subscribe now