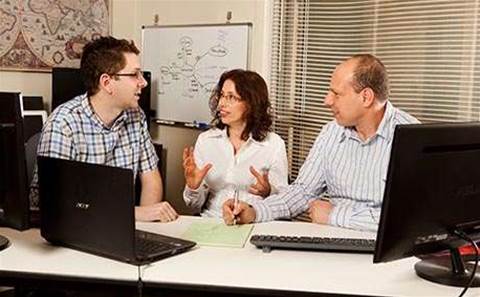 Three years ago, Inbal Steinberg was having trouble finding the right accountant. She had found plenty in Australia but none had heard of her favourite online accounting software she had used in New Zealand.

“They said in New Zealand you can put that data in the cloud and do all sorts of things, but in Australia that’s never going to work,” Steinberg says.

Then one accountant called the Israeli IT consultant back to say,
“I’m hearing more about Xero, can we talk again?” The accountant had gone away and researched online accounting and decided that he needed to move his whole practice, comprising 30 accountants and hundreds of clients, to Xero.

Steinberg began consulting for the accountancy firm by taking the Xero documentation for New Zealand users and working through a mass migration from desktop accounting software. Steinberg had to train the accountant’s staff and his clients. Within three months, her client had enough customers on Xero to qualify as a Gold partner (which at the time required a minimum 100 businesses).

Steinberg suddenly found herself facing a stream of projects as Xero, which had found out about the mass migration, began sending her businesses looking for migration services. Steinberg developed internal tools to speed up the transfers and developed training for users, and added a support service.

“It was never a decision that ‘this is what we’re going to do’; it just evolved through demand,” she says.

Xero conversions from rival accounting software have become commoditised with online services offering three-day turnarounds. The focus has moved onto ‘add-on’ programs that can build out online accounting software to something that resembles a small-business ERP.

Xero has more than 350 add-on programs in its marketplace. Steinberg’s Convertworx has found a lucrative role helping businesses choose the right combination,
connect the apps and train users.

She has seen the market make the transition from one-off perpetual licences to subscription services. “Three years ago people asked, ‘Why do I need to pay a monthly fee for an accounting system? Why do I have to pay two licences for two entities when MYOB gives me five?’ Now I don’t hear these objections anymore; people just pay for cloud software every month,” Steinberg says.

While SMBs may have reconciled themselves to monthly subscriptions, they are still tight-fisted when it comes to paying for consulting and support. Steinberg has learnt how
to handle these prospects.

“We work with those who will pay us. If they say, ‘I pay $50 a month for software, why pay $1,000 to set it up?’ that’s fine, they can do it themselves. I know they will take longer and spend more,” Steinberg says.

Businesses often assume that all accounting programs are the same, but there are many small differences between MYOB and Xero that take time to learn. This is especially true when you are trying to replicate a function in MYOB by connecting a third-party program to Xero.

Plugging apps together can only be taken so far. Steinberg advocates cloud ERP systems such as JCurve (a detuned version of enterprise app NetSuite) for companies that want
to reduce complexity or are looking for deeper functionality.

Dealing with many younger solutions increases the number of points of failure. Many add-ons have limited ways of solving a problem, such as one way of doing inventory. JCurve and NetSuite often have multiple ways.

In the meantime, there’s plenty of interesting work doing custom integrations for businesses in the Xero world. One customer using Xero and Unleashed, an inventory program, needed a way to pay commissions to sales people. Convertworx built a dashboard that draws data from Unleashed so sales agents can see how much commission they have earned.