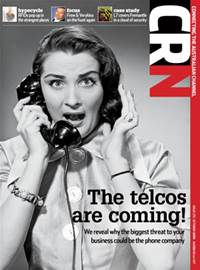 This article appeared in the October, 2009 issue of CRN magazine.

Australia is big. For those of us who have ever looked past our front door it seems like I'm stating the bleeding obvious. But it is really big.

Our population density is below Iceland. It is below Canada.

Yet, despite all of these facts being known by our pollies for a number of years, they have only JUST made the decision to break up Telstra into wholesale and retail.

For many years, I have been telling anyone within earshot (apologies to the poor woman that makes my daily caffe latte) that this country simply does not have the population density to create telecommunications competition at the wholesale level.

From an IT provider's perspective, my dream would be that we have a Government-owned infrastructure provider that wholesales its services  to organisations who want to compete at the retail level.

Governments can typically do a better job of building long-term infrastructure for the benefit of all where there doesn't need to be a short-term return.

Governments have the ability to plan for the future needs of our society and build the infrastructure that we need for future generations.

Generally, profit is not a motivator.

Governments are not generally that good at being efficient or being focused on customer service.

Private businesses are typically more efficient and run leaner but their shareholders want to see profitability in a shorter timeframe.

And they are better at serving needs of customers as their very existence often relies on that.

They also know how to compete - not by wielding a big stick but by being better than the competition.

When you put all of that together, doesn't it seem absolutely blindingly obvious that we should have a Government-owned infrastructure provider that only wholesales to retailers?

Those retailers then have a level playing field and can compete on service and price.

Most importantly, we would know that residents of Australia would have equitable access to telecommunication services without the duplication of resources.

Take the silly situation in Dubbo as an example. We have four mobile phone towers. Two Telstra, Optus and Vodafone.

Four towers in one small city.

Yet, if you travel south-west from Dubbo along the Newell Highway - a major transport route - you only travel for five kilometres before you lose mobile reception.

It would make sense to take two of the towers in Dubbo and space them out along the highway BUT when competitors are competing at the infrastructure level, they all want to be in the more profitable cities rather than on the highways.

A single infrastructure provider would solve this problem. Then you take the examples of where Telstra - at the retail level - burdens itself with ridiculous amounts of inefficient administration.

Many private businesses competing with Telstra have realised the inherent inefficiencies with this system and have set up systems whereby bills are only delivered via email or accessed online and if you won't allow automatic debiting of your monthly bill then they don't want you to be a client.

This removes huge administrative overheads from the provider's business model.

Bottom line - and a lesson for all of us - stick to the knitting.

Work out what your core is and focus on that. In part, this is effectively what the Government is telling Telstra to do. Take one company that is doing a lot, sell off pay TV, break apart your wholesale and retail, and overall you will see better services delivered to all Australians.

Sounds too simple - if only my barista was in charge of telecommunications in Australia.

This article appeared in the October, 2009 issue of CRN magazine. Subscribe now