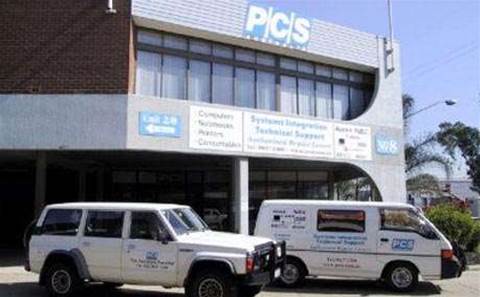 Formed in 1971, it is the oldest company on the list and, according to chief executive Syd Borg, the oldest IT company in the country.

But while age may be no barrier to speed, Borg’s remarkable achievement is speed at scale. That’s because not only is the company one of the fastest-growing resellers in Australia, it is also the largest company on this year’s list at $38 million, up from $26 million last year. That means Borg will next year qualify for the CRN Channel Elite (see page 35).

Delving into the numbers reveals part of the reason for that remarkable achievement. The 2013 CRN Fast50 companies generated $255 million in the 2012-13 year across 19 verticals; the lesson from PCSA is dominate your niche.

Among the Fast50 set, PCSA is more dominant in its verticals than all other companies on the list. It has a market share leadership position across education, entertainment and media, small office, retail and healthcare. The sheer size of the pie PCSA takes from each of its verticals is particularly impressive.

Only CTO Group (5) – a much smaller company with a dominant position in defence – rivals PCSA’s niche strength, but it does so in a market with only three other Fast50 competitors.

Apart from its vertical strategy, Borg told CRN another important element in the company’s success was its decision to diversify. He did it his own way rather than chasing popular trends. “We actually diversified in areas that were not in line with market trends, such as cloud and BYOD. Instead, we chose new technologies in areas such as surveillance, audio visual and point-of-sale systems.”

Another lesson from the PCSA story: success is neither linear nor assured. “We did go through a period of uncertainty while we looked within our company for answers.” In the end, he says a complete restructure was necessary to ensure survival. “Revenues dropped until we hit what we were willing to accept as the bottom of our bell curve. That was where we expected the curve to increase, which in the last eight years is exactly what it did.”

A more recent restructure has helped PCSA generate revenue per staff member beyond any other company in the Fast50, if not the industry. Borg says: “I got to a situation where I was tired of maintaining a full service centre of technicians covering network, hardware support and repair, electrical and cabling engineers and AV engineers. This team needed constant training and I always had issues with some staff constantly being absent for some reason or another.”

Borg’s lightbulb moment was to help his employees set themselves up in their own business, while still contracting to PCSA. “In doing so, they also had the opportunity to seek their own work as long as it did not threaten my accounts and they also did not approach them directly.”

The company put contracts in place to set the rules of engagement. “All work is still under the PCSA banner and everyone is happy. My reliability improved significantly and so did my bottom
line,” he added.

Borg sees a year of consolidation ahead as the company moves to strengthen relationships with its partners. But that doesn’t mean PCSA has turned its gaze from opportunity. It is looking to expand its presence in the hospitality sector, which it entered via an unusual and creative path. The company became a partner in the Hooters and Margaritaville restaurants in Australia. This gave the company the perfect opportunity to showcase its expertise in rolling out IT systems into all facets of that sector, says Borg.

Borg is a believer in resilience. “Only the strong will survive. It’s not about size anymore. It’s about cash flow, profit and client retention. With BYOD hitting our clients, I predict a slowdown in hardware revenue until they wake up and realise it doesn’t work.”