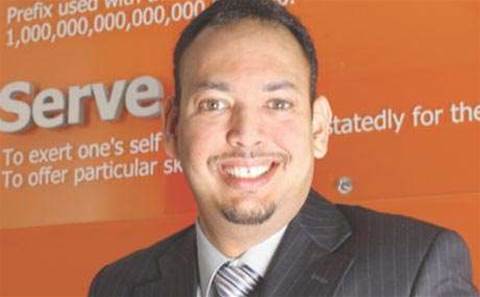 Zettagrid’s strong performance in the 2014 landed the Perth-based infrastructure-as-a-service provider at No.26 on the CRN Fast50, and 2015 is shaping up to top this achievement.

Zettagrid made headlines in October when it became one of the first Veeam Cloud Provider (VCP) partners in Asia-Pacific, along with Data#3. A week later, Veeam announced it was partnering with Microsoft and VMware to allow Veeam Cloud Connect to be deployed on vCloud Air or Azure. Zetta sees itself as a local alternative to some of these global cloud players.

“In terms of market awareness, we’ve grown every month against the likes of AWS and Azure,” says CTO Nicki Pereira.

Zettagrid launched its partner program back in December and Pereira says it’s finally closing the deals with partners. “It’s not just a reseller program,” says Pereira. “We help
you sell products, train you up and go with you on engagements.”

The program has two tiers, certified and premier, with the latter given access to Zettagrid’s data recovery service, SecondSite. Pereira says it’s using the platform to attract new partners to the program.

“This is a complete enterprise replication-as-a-service. Our differentiator is the degree of automation. We can replicate an on-premise environment into the cloud and if something happens, we can pull it back for you.”

Since last year’s CRN Fast50, Zettagrid landed a spot on the federal government’s cloud procurement panel. The company has some government departments signed up already, but it’s still in the early stages, says Pereira.

“There’s been some confusion on what [the government] can and can’t use in the public cloud,” he says. “Part of our involvement is to say what we can do. We try to negate the red flags that people put up with policies and put their minds at ease.”

Pereira highlights its high employee retention rate. “We’ve been lucky enough to operate as a very lightweight organisation,” he says. “Our key to success is acknowledging people are an expensive resource. We can then focus on working on our own technology and market leading products.”

Chief operating officer Nicholas Power says Zettagrid has continued to work on its underlying platform, Star portal. “We have a roadmap over the next 12 months that will provide our partners with a lot of new automated functionality around advanced networking, environment analytics and security,” says Power.

“Star will also allow our customers to manage, migrate and report on multiple cloud services from a single log-in.”

Finishing with 40.93 percent growth and 2014 revenue of $3.4 million, Power says the jury is still out on how fast the company can grow this year, but it hopes to exceed its 2014 achievement.

Its performance will be partly dependent on a recent focus on Asia. “Internationally, we are focused on delivering into Singapore and Hong Kong due to the strong interest shown by partners, the advanced nature of their economies, and the relative ease of doing business,” says Power.