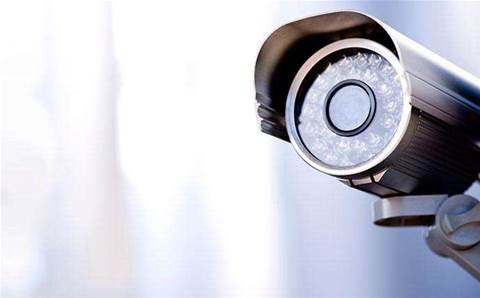 It’s that familiar feeling again; you reach down to your belt and grasp at air where your access card should be. You’ve already swiped your Opal card a dozen times over the door terminal and fumbled through your backpack before accepting that the thing is on your kitchen bench.

But today is different. You won’t waste your morning coffee begging for another temporary card so you can pass the doors to get to your desk and tap it to log in to your computer. IT has turned on those deep vein palm readers – you simply wave your hand over the shiny door panels and before you can look up, you hear that familiar pop of the door lock.

You move to the lifts, but not so fast – the new security guard emerges and she wants to talk. Who are you and what were you doing in the lobby? You tell her you were fumbling for your lost access card. Your frustrated pacing set off alarms over the new CCTV system. She explains that the overlaid biometrics recognised your gait as that of a potential threat.

This scenario may seem futuristic but all of this is present-day technology. The industry of locks, surveillance, screening, and access controls is worth some US$90 billion globally, according to MarketsandMarkets, and an estimated US$145 billion by 2020. Of that, forward projection biometrics would account for some US$28 billion.

Physical security, like many legacy systems from energy plants to escalators, are becoming so interwoven with networks that it scarcely resembles the old lock-and-key imagery. It is more likely biometrics – not the bouncer – that will catch the thief.

“The future is exciting,” says Daniel Lee, head of product practice at Sydney-based distributor Hills. “It is much more than boring video.”

Lee is a veteran in the physical security game having been managing director of Lan1, now a subsidiary of Hills, for more than two decades. He says making a success of the CCTV game demands skills in physical installation, cabling, and information security – the latter of which has become increasingly critical to success.

Looking back at his time in the sector, Lee identifies the biggest shift in CCTV as the movement from rusty analogue to digital, which has swept enterprises across Australia.

“Five years ago all enterprise installations had some sort of analogue element. And now it is all IP-based and there is no mention of analogue.”

These businesses are using IP networking to gain hitherto unprecedented levels of control over CCTV installations.

Small to medium businesses too are switching to IP although many here are for the moment using transport video interface (TVI) to gain digital quality from their existing analogue systems. However, by around 2020, all businesses will have switched to IP-based CCTV with the top enterprise end of town immersed in big data analytics crunching data from multiple disparate sources on cloud-based platforms, and smaller organisations managing their systems on smartphones.

The intrusion of the physical security space into IP goes further than CCTV with access controls being pushed deeper into networks. Now the same systems that pop the locks on the lobby door also log staff into their computers, assign access rights for new hires or revoke privileges as they leave.

“We are seeing access control becoming more than just access controls,” says John Gellel, security group general manager at Honeywell Australia. “It is more than a simple door opener and now plugs into HR systems like payroll, time-in-attendance, and others.”

The benefit of unified access controls is much more than convenience and promises to help shutter the ability of scorned ex-staff to cause havoc using log-in credentials that are so often left active.

Gellel is a board director of the Australian Security Industry Association (ASIAL), the 45-year-old peak body for Antipodean professionals in the physical security sector, which counts all major security outfits as its members. From his position at the organisation and in the sector, Gellel has seen marked change across the physical security space that translates into opportunities for capable channel players.

“If I have a disgruntled former employee, I no longer need to worry about whether I have removed them from each system,” he says.

“We will soon see this technology in more organisations and it is a big opportunity”. He warns that success in the space is not earned overnight and that resellers should have staff with demonstrated expertise on board.

Closed-circuit television camera might be the Orwellian icon of the surveillance state but true power lies in backend data analytics. This burgeoning art form brings isolated and imperfect feeds from scores of cameras into a single source where all manner of pattern recognition and biometric wizardry can dramatically increase the efficacy of security.

It is the toolkit of Australia’s most critical assets. From ports to Parliament, CCTV data analytics are sieving through feeds to identify threats and persons of interest faster and more effectively than the most dedicated human operator could hope.

“There is so much information pouring into control centres that security guards really can’t accurately monitor the cameras,” says NetApp enterprise senior engineer Walter Schroder. “There are simple things like pop-ups saying ‘this screen has changed’… through to much more intensive analytics saying, ‘There is a person here who is on a black or white list.”

It is easy to see how this could be a cash cow for those with the right capabilities. State police services across Australia, for example, are pinning a patchwork of vendor and BYOD body-worn cameras to the chests of roving beat cops as an evidence collection experiment. “Imagine an officer standing in the street and his camera alerts him that a person of interest is in his field of view,” Hill’s Lee says. “This is what the future could be like.”

While the technology is largely restricted to the top end of town at the moment, experts are confident about its role as a game-changing force of future physical security controls.

The expanding frontiers of internet-enabled, data-driven physical security spell opportunity in odd places for Rob Merkwitza. The former state manager of Brisbane-based Bridge Point, which was acquired by Telstra in 2014, established his own company, RIoT Solutions, in late 2015. Merkwitza has set his sights on locking down newly enabled internet-of-things devices and legacy gear that has been modernised with IP networking.

“There are all sorts of tech out there in the physical security space but none of it really means much until it is connected to the internet – and connected correctly,” Merkwitza says. This last element lies at the heart of RIoT Solutions. The startup plies trade in the secure digitisation of devices; from piping analogue CCTV into modern network data feeds, to the highly specialist art of locking down leviathan SCADA (supervisory control
and data acquisition) systems controlling critical utilities.

In the physical security space, Merkwitza and his team shut down attack vectors by first closing the gap between engineering and development teams. RioT Solutions is something of a marriage counsellor, he says, between the 25-year veteran SCADA engineer and the pony-tailed tech geek. Bringing the forces together requires some serious talent and, to this end, Merkwitza says he is lucky to have secured hackers with the right skill sets.

Enterprises are deploying biometric locks, police are rolling out data analytics and governments are dabbling in all manner of physical security systems as cities become smarter. The gaps between technologies new and old are where Merkwitza and his colleagues see opportunity.

“As this market expands, we’ll see more businesses in this space,” Merkwitza says. “But if they consider it just another information technology problem rather than operational, they’ll be kicked out the door. Not that I want to tell everyone that secret.”