Plug into business opportunities of a connected world 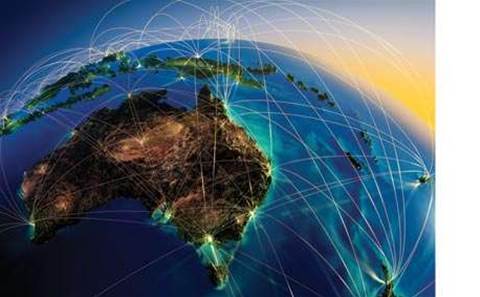 There are 1.4 billion smartphones and six billion other devices in the world today, all connected, all polling and publishing to the internet continuously, spawning huge new opportunities for insight and action from big data. That might sound significant, but compared with what is coming as engineering and vendors conflate their expertise, it is clear the Internet of Things (IoT) is barely out of its infancy.

Researchers and vendors were one-upping each other all last year in their predictions about the likely scale of the Internet of Things by 2020. Cisco’s initial pitch for its version – dubbed ‘the internet of everything’ – suggested 50 billion devices. This was quickly gazumped by French research outfit iDate, which weighed in with a prediction of 80 billion.

Not to be outdone, Intel recently puts its stake in the ground with an eye-popping suggestion of 200 billion connected devices by 2020.

By comparison, Gartner’s estimate of 26 billion units (excluding smartphones and tablets) seems positively parsimonious; yet this figure still represents a 30-fold increase from its 2009 estimate of fewer than a billion devices.

Gartner analyst Kristian Steenstrup says: “The Internet of Things is a ridiculously broad term. Everyone is latching on to it. The simplest way to talk about it is in the context that as you get automation of devices and the connectivity of devices, more things can happen.”

For its part, Gartner defines the Internet of Things as the network of physical objects that contain embedded technology to communicate and sense or interact with their internal states or the external environment.

All those devices are expected to generate incremental revenue exceeding US$300 billion, mostly in services in 2020 and will also result in US$1.9 trillion in global economic value-add through sales into diverse end markets. One of the groups best placed to reap this windfall are the resellers and system integrators who roll the technology out into the field. But more on that later.

The other barometer for a technology’s market position is awareness, and by this measure the Internet of Things is gaining traction. In January, Wired reported how Coca-Cola had connected its soda fountains – the type you find at the cinema or Hungry Jacks. The obvious reason is to process credit cards and mobile payments, but Wired writer Klint Finley suggests it could also “open a new frontier in collecting real-time data about customer behaviour”, such as pre-emptive stock management.

In another development with a particularly local twang, 320 great white sharks were electronically tagged in Western Australia so they would fire off a tweet whenever they swam within a certain distance of popular beaches.

While quirky applications and consumer smart devices attract all the headlines, the reality is that the growth of the industrial internet completely changes the game.

For instance, according to Steenstrup’s colleague Peter Middleton, research director at Gartner, by 2020, the number of smartphones, tablets and PCs in use will reach about 7.3 billion units. “In contrast, the IoT will have expanded at a much faster rate, resulting in a population of about 26 billion units at that time.”

The applicability of IoT technology is ubiquitous. It will revolutionise areas such as advanced medical devices; factory automation sensors and industrial robotics; sensor motes for increased agricultural yield; and automotive sensors and infrastructure integrity monitoring systems for diverse areas, such as road and railway transportation, water distribution and electrical transmission according to Gartner.

• How much did Google just spend on a home thermostat?

Gartner is not alone in its assessment of the economic impact.

In its 2013 report identifying the most disruptive technologies for the next 12 years, management consultants McKinsey & Company suggested that by 2025, the IoT would unlock as much as $6.2 trillion in economic activity. McKinsey’s assumptions for scale match the conservative outlook of Gartner. It estimates 50 billion devices by 2025, which is consistent with the growth Gartner is assuming. However, McKinsey’s upper limit for the potential is absolutely staggering: one trillion devices.

The most recent survey in the Australian and New Zealand market was conducted by the Information Systems Audit and Control Association (ISACA) as part of its global Risk/Reward Barometer.

According to Jo Stewart-Rattray, director of information security and IT assurance at accountancy firm BRM Holdich and international director of ISACA, some 52 percent of Australian and New Zealand organisations already have plans to capitalise on the increase of connected devices. Almost as many – 47 percent – say they have already been impacted by such technology.

Roughly a third of IT managers say they have already experienced better access to information, leading to improved services, while one in five suggest they have already achieved greater efficiency, lower costs and increased customer satisfaction.

ISACA president Tony Hayes says: “Organisations need to develop proactive strategies to ensure they benefit from the increase in connected devices. However, increased connectivity also opens up a number of security risks, both externally and internally. Organisations need to determine how they will protect the data shared by their devices, while also measuring and communicating the benefits of increased connectivity.”

The findings are consistent with recent research by Telsyte into the adoption of machine-to-machine (M2M) technology in Australia, says managing director Foad Fadaghi.

According to Telsyte’s research, more than 60 percent of Australian business and government organisations are either using or looking at M2M solutions, and there is growing interest in applying the technology. However, Australian businesses are concerned about cost of solutions and security. This will have to be addressed before we see higher adoption.

During his time with the US Department of Homeland Security, McGurk managed the control system security program. Legacy systems were a particular concern then, says McGurk, and remain so today.

“We talk about putting defence and depth in place. These systems still need to connect and they need to be interoperable but there are technologies and procedures that we can use to add layers of defence to the existing infrastructure to better be able to protect them from intrusion and manipulation.”

Next: Impediments to growth