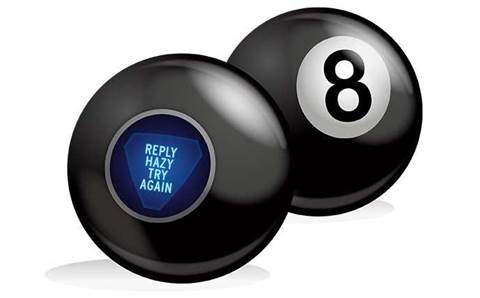 We’ve all seen those analyst reports – that by 2020 every device on Earth will be connected to your fridge and waffle maker, and that smart lawn mowers will be an all-pervasive, US$625 billion a year global market.

Traditionally, no matter how outlandish the claims, it’s been hard to read a tech-industry news story, listen to a vendor sales pitch or attend a conference session without an industry analyst from Gartner, Forrester, IDC or a host
of smaller firms being quoted.

Today the rapid pace of change means every sector of the economy is affected by technology more than ever before. Big data, the cloud, the internet of things, 3D printing, interconnectivity and mobility aren’t just buzzwords – they’re changing the way everyone does business. Among this astonishing chaos of global activity, expert opinion and market forecasts are still very highly sought.

Twenty years ago, when the internet was still largely a business novelty, an analyst report could mean the difference between a product’s success or failure.
As a result, the world’s biggest vendors were more than happy to publish analysts’ white papers that supported their product and service narrative.

At the same time, a damning review from a leading analyst could be a disaster. In April 1996 Forrester analyst Bobby Cameron famously wrote a report stating that the technology behind ERP software SAP R/3 was badly outdated and would be obsolete by 2000. Stocks for the German vendor plunged 9 percent in the two days after the report appeared.

Do analysts still wield the same influence today? And how has their role changed? Phil Hassey, chief executive of independent analyst CapioIT, says nowadays a dozen analysts could simultaneously jump to a product’s defence and refute claims like Cameron’s.

“These days the sheer scale of website product and service offerings means analysts don’t have anywhere near as much influence as they used to,” Hassey says.. “They can provide some impetus to a particular technology, but many more factors are involved in its global adoption.”

Telsyte senior analyst Rodney Gedda agrees that analysts can still drive industry trends by way of such things as creating new buzzwords. However, the platform of public opinion is now far more pervasive across social media and the internet in general.

A good analyst report can, however, still be a boon for an IT start-up seeking to raise funds and gain good publicity, especially if it’s from an analyst with a strong track record for impartiality.

How much do analysts get right? These days they have an unprecedented amount of hard data and analytical tools at their disposal for making forecasts and are far less restricted in how they can publicise their analysis, be it through social media, video or print channels. More importantly, most leading analysts in Australia and globally have their own blogs, making their roles – either by design or coincidentally – overlap with those of technology journalists.

Analysts are also quick to point out the difference between a prediction – an idea or trend that has a probability of happening – and forecasts, based on hard data such as market revenue or shipment numbers, that are incorporated into modelling techniques and other analysis.

In 2010, for example, Gartner predicted that by 2015, mitigating data breaches would cost 10 times more than installing data protection mechanisms on mobile devices in the first place. While it is not really possible to validate this prediction given the sheer size of the mobile device market, there have been a number of highly visible cases over the past five years that have generated long-term negative effects on commerce and reputation.

Gartner also published a report in 2009, titled Pay for Mobile Data Encryption Upfront or Pay More Later, that calculated the total cost of mitigating a simple laptop breach could be 70 times higher than installing mobile data protection tools in advance. It has since revised that down to 20 times higher, citing the falling cost of fixing those breaches.

CapioIT’s Hassey says making predictions is almost futile given the rapid pace of change in the industry, but one area the analyst community generally got right was the adoption of cloud technology.

“Five years ago no one could have really seen the extent to which cloud services would take off, but analysts were enamoured of the technology from the outset,” he says.

At the time two or three main vendors offered the type of agility organisations were looking for, even if the best technology wasn’t necessarily the one that was most widely adopted. Amazon Web Services was largely ignored initially and several leading analysts jumped on the Microsoft Azure bandwagon, believing it had advantages with Microsoft’s global ecosystem and partner environment - including Office 365, Online Office, Dynamics and its whole ISP portfolio.

“The truth is, it took Microsoft several iterations to get its cloud offering right, despite largely positive analyst feedback,” Hassey says.

He says the story was similar for CRM technology some 15 years prior. “There was general disenchantment with legacy vendors and it was just a combination of the right time and the right place. This is another example of analysts playing an important role in the entire IT ecosystem without necessarily being the driving force behind the technology’s uptake or initially backing the right vendor.”

Gedda says many analysts predicted cloud technology would give businesses a huge amount of flexibility and security while also offering far more independence.
“For example, Dropbox recently parted with Amazon due
to simple economics – they can do it cheaper by bringing their own army of developers in-house,” he says.

Tim Dillon, the founder and director Tech Research Asia, says analysts were generally right five years ago about the shift in business processes for mobile devices and applications and the growth in enterprise mobility.

However, when analysts get their forecasts and predictions wrong, they can be spectacularly off the mark.

In 2011 Gartner predicted that by 2016, business-strength app stores would be required features for all new smartphone/tablet platforms. Neither Apple nor Google have created business sides to their app stores in the intervening five years.

Similarly, Hassey says the analyst community has hyped big data to the point where nobody really knows what it actually means anymore.

Dillon says he predicted that virtual games such as Second Life would be a major driver of online investment through development of things such as virtual headsets, especially since industry heavyweights such as IBM were heavily involved. While they may have opened up some channels of investment for augmented reality software and hardware applications, this is one market area that hasn’t taken off at all.

Gedda says that in 2010 there was a lot of talk about radio frequency identification (RFID) tags that can use electromagnetic fields to identify and track tagged objects – technology that has been largely superseded by the Internet of Things, where everything has a chip in it.

It also forecast that 5.5 million new things would get connected every day this year. Additionally, Gartner estimated that IoT would lead to services spending of US$235 billion this year.

Hassey also believes that interconnectivity of devices will be one of the major drivers of the IT market globally over the next five years. Telsyte’s Gedda expects the wearable technology market to really take off as devices enter their second and third market iterations. “Things will become smaller and more powerful,” he says. “Over the next five years, computers will fit everywhere – in shoes, clothing, glasses and jewellery.”

“The most common type of wearables today are fairly basic, like fitness trackers, but over the next few years we expect a proliferation of device types,” said Jitesh Ubrani, senior research analyst for IDC Mobile Device Trackers. “The next generation of wearables will offer vastly improved experiences and perhaps even augment human abilities.”

Dillon believes greater customer engagement will be embedded into digital strategies and that managed services applications will be the next big battleground
for the channel. He also believes cloud technologies
will evolve further, with better data management across hybrid systems and workload portability.

Next: When experts get it wrong