Producing profits despite the squeeze on print 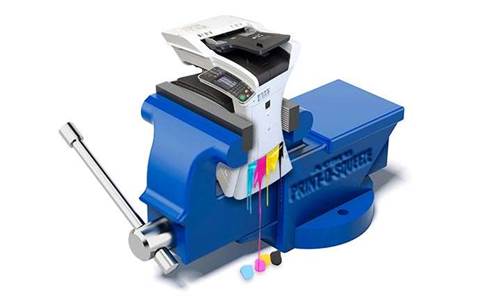 It has been almost 50 years since the corporate world was introduced to the concept of the paperless office, a predication that was laughably off the mark. But while multifunction devices are still mainstays of corporate Australia, businesses are definitely starting to print less, which is heaping pressure on the office printing industry.

In response, suppliers are evolving and enhancing their strategies. They are focusing on different market sectors to offset declining revenues or coming up with new ways to capture greater market share against their competitors.

This is most evident among large enterprises, which have always been the growth engine for the office printing industry. Today, the large enterprise sector is accelerating its shift away from office printing. This will impact longer-term revenues across the supply chain. This has led manufacturers and resellers to turn their attentions to the small to medium businesses (SMB) market as well as the small office, home office (SOHO) sector.

The office printing ecosystem in Australia is made up of around 15 global hardware manufacturers, as well as a channel that includes product distributors covering both hardware and consumable, store retailers, IT and software resellers
and traditional office print dealerships, as well as an assortment of managed print services (MPS) providers.

Across the customer base, these suppliers face both challenges and opportunities. In the large enterprise market sector, the trend is towards declining device unit numbers as well as reductions in print volumes. In SMB and SOHO, there remains potential to increase unit numbers and consumables sales.

Large enterprises are scaling back print volumes and device unit numbers as they implement a strategic approach to managed print services. This approach provides transparency to control costs while supporting a growing business initiative to migrate, digitise and automate paper-based documents, data and content, much of which
can slow the business down.

Their call to arms is not only cost-driven. Enterprise buyers have recognised that true productivity and efficiency requires removing the slow and somewhat disconnected process-related boundaries of paper within their organisation.

Senior executives from the large enterprise sector have acknowledged that managed print services provide them with greater transparency around costs, control and management of their print-related functions. With the acceleration of customer-driven, mobile-based platforms, enterprises have realised that paper content within their business needs to be digitised faster.

A recent example is Westpac’s ‘WorkSmart offices’ program. To demonstrate how the company is transforming its 200-year-old workplace, the Sydney head office has effectively banned paper. Two printers will service the 350 staff on the Sydney WorkSmart pilot floor and are almost hidden as part of Westpac’s ‘paper zero’ initiative. The takeaway is a 175:1 user-to-device ratio.

This could well be just the tip of the iceberg.

Enterprises implementing MPS usually start with the aim to consolidate, rationalise and standardise device fleets, thus reducing device unit numbers within the organisation. This is coupled with a growing social attitude towards reducing print volumes, or even questioning the need to print at all.

Print volumes at larger enterprises are being reduced through a mixture of software applications around print security and an increasing strengthening around print policies that encourage print-less behaviour.

While SMBs aren’t as far down this path, smaller businesses are following the lead set down by large enterprises. They, too, are trying to reduce print volumes due to the increased importance of digitisation and mobility.

But is it all doom and gloom for the industry? No, not just yet. While print volumes are seen as declining, device hardware sales are actually going up.

Scott McLennan, managing director of major Australian printing distributor Dynamic Supplies, has seen resellers increase their focus on the SMB market. Customers with smaller device fleets generally weren’t targets in the past, so this new attention has helped increase numbers of devices sold.

McLennan believes customers are moving away from the larger A3 sheet multifunctional devices and down to the smaller, A4 sheet, cartridge-based MFDs. In the past, a typical client may have bought one larger A3 MFD, but now they are transitioning to two smaller A4 devices, effectively doubling unit numbers.

Next: a major shift in sizes

Staples’ Sice agrees. “There appears to be a reduction in the acquisition of larger A3 MFDs through the channel to the SMB market and there has definitely been a shift to A4 MFP devices.”

Sice adds that the consumables business is not in decline, nor going backwards, though it is no longer seeing double-digit growth in consumables sales. He believes end customers are becoming more surgical in how they are using print. In fact, Sice and his team at Staples are encouraging this conversation around how customers want to manage the document and the document workflow. “We want to help customers to implement a plan and strategy around how they manage documents across different platforms, such as mobile”.

Both McLennan and Sice have seen growth sales of colour toner consumables. They put this down to an increase in colour-enabled A4 MFDs in the market, as well as a consolidation and migration out of single functional colour printers.

As the distributor for Nuance software, Skyware is a leading provider of software to the office dealer channel. According to Skyware, Nuance has more that 52 percent of the business workflow software market, from enterprise down to SMB and SOHO.

Skyware’s APAC sales director Les Yong says “there is no question that the decline of print volumes from enterprise through to SMB and SOHO is due to easy, low-cost electronic workflows solutions being offered by many of the providers”.

Due to this, “page/print volumes have yet to bottom out so we should expect further print volumes to continue to deteriorate”.

Mitronics Corporation is a major Sydney print and consumables reseller. The company’s director, Roger Amir, says that although Mitronics is growing at 15 percent per year, it is seeing print volumes decreasing. He expects that print volumes will continue to decline going forwards. But the reseller also confirms the trend of a rise in the number of actual devices being sold.

What about the home market? Print volumes are falling there, too. Gartner recently predicted that the “increasing online delivery and consumption of content will cause a 25 percent drop in home printing through 2019”.

The main reason for the forecasted drop is that “the growing proliferation and usage of smartphones and tablets had changed the way consumers use and share content. Online consumption and content sharing through social media have replaced printed content. Photo printing used to be one of the main reasons for the need for home printers, but the ease of sharing photos through social media discourages printing. The printing of school assignments is on a decline as more of them are done and submitted online”, Gartner reports.

While the paperless office remains far from the reality once predicted, it is edging closer as companies move towards digitised, automated document and content workflows, coupled with corporate policies around printing and security.

CraftOnline, one of Australia’s largest online craft products and art supplies business, had a problem: it was processing more than 2,000 orders per week, which created administrative headaches and meant spiralling support requirements, and inventory management, along with increasing costs to maintain its document management infrastructure.

Each order had to be manually batch printed, individually sorted and stapled. The CEO had to start work each day at 4.00am to undertake this task and have the orders ready each day for the warehouse staff, who then manually located the ordered products. A second copy of each order, which is used for order picking, checking and auditing, was retained as a record for future reference.

The 20-staff company, which operates a centralised warehouse on Queensland’s Sunshine Coast, recognised that investment in hardware alone would not support is rapid growth, so it turned to Think Office Technology, an authorised Konica Minolta dealer.

After completing an end-to-end business and workflow process audit, Think Office Technology recognised that it could save the client time and money by rolling out a data capture solution that would capture and split daily multi-page order files.

By digitising the process, CraftOnline has cut down on a huge amount of paper storage, while archived orders can be retrieved quickly via a multiple search criteria.

CraftOnline could eliminate many of the functions that in the past were done manually and by automating the process, it has not only saved time and reduced labour costs considerably, it has also reduced the human error factor and allowed staff to work more efficiently on other areas of the business. IT manager Tony Fox says: “Having seen the power of these systems, and the associated cost savings, I would certainly recommend any business to look at these solutions.”