Profile: Returning to the fray 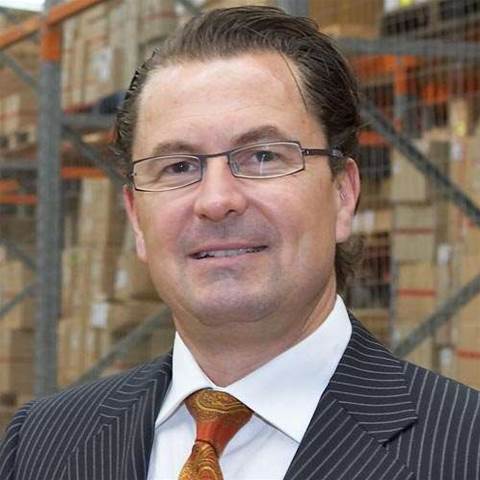 Building a company from scratch is one of the most rewarding tasks a businessman can undertake. However there must be nothing more frustrating than watching your hard work and dedication slip after your departure.

In August this year the instigator of Cellnet’s ascent as a significant player in the distribution landscape, Stephen Harrison, returned to the helm after a two year period out of the firm’s day-to-day running.

Harrison had previously run the company since its inception in the early ‘90s. In May 2005 Harrison resigned as managing director of Cellnet, but maintained his interest in the firm as a major shareholder. In the two years which followed his departure, Harrison’s replacement, Adam Davenport, oversaw a rocky period for Cellnet with some of the firm’s fiscal results falling short of the market’s expectations.

Cue Davenport’s recent departure and the return of Harrison as managing director and fellow founder, Mel Brookman, returning as sales director. Their task? To overhaul a business that grew from a $1000 a head investment from Harrison and Brookman to become a national distributor.

From small seeds
Harrison arrived in Australia as a 21-year-old on a working holiday Visa, but like many an English arrival he chose to stay down under. Driven by a sales orientated mentality, Harrison formed Cellnet in the early ‘90s
with Brookman.

“We saw a big opportunity in mobile phone accessories as no one was doing that at the time. We both put in $1,000 and grew the business from there. We kept putting money back in the business and expanding. It started in Brisbane before growing into Sydney, then Victoria,”
he said.

Harrison said the business grew at 52 percent year-on-year for some time and in 1996 the firm was approached by Macquarie Bank who was keen to invest in a blossoming organisation.

“We did a deal with Macquarie Bank for $10 million for 33 percent of the business. At that time we considered that a good deal and could take the business to the next level. That was instrumental in taking us into the handset market and we used that capital to get into Sony Ericsson. We grew that market from one brand, into six or seven brands. It taught us a lot about moving forward, about board structure, about how to position ourselves and take the business towards a float [on the ASX].”

In 1999 Cellnet floated on the ASX in a move Harrison described as “make or break for a business”.

“After we floated we ended up acquiring a firm called IT Wholesale, who were an IBM house and that is when we dipped our toe into the IT space. We then acquired a company called Cassa Australia, who were a white-box company with brands like Asus. We then really looked at the IT market and grew into the other brands,” he said.

“We also had our own brand, which has underpinned the business for the last 15 years. It’s a good revenue source for us. That is something we are looking to grow going forward.”

Harrison said Cellnet then focused on maintaining its expenses and costs to form a “mean and lean” business model.

“We rewarded the people that were with us during that journey. With that came a good culture, with people wanting to come to work everyday like one big happy family. That went on for a long, long time. It started to go away when we floated and we started to acquire other people and that in retrospect wasn’t executed in the way it should have been.”

Harrison said the greatest challenge when integrating acquired businesses is handling the coming together of different cultures. “You have to try and integrate. If you don’t do that up front you are fighting a losing battle,”
he said.

Despite the business continuing to expand under Harrison’s tenure, he resigned in 2005, with Kanbay country manager Adam Davenport taking over.

Davenport oversaw a number of changes at Cellnet, including management restructures and warehouse closures. Speaking to CRN in September 2006 in the wake of such a restructure, Davenport said, “Recently we have been losing revenues from our traditionally strong Queensland base; both are well down on budget and on prior years.”

In a tone of urgency, Davenport also said that the company had a plan, but the company needed to “execute it fast, we must sacrifice precision for speed.”

Back in the hot seat
Less than a year later Davenport left the distributor, which then turned to Harrison and Brookman to stop the Cellnet rot.

“I’m a major shareholder and I was getting very hungry as I wasn’t getting anything back in from dividends in the last couple of years,” said Harrison. “I think from a board point of view there were expectations set for the management and they weren’t met. In fact they were far short of the expectations of the board. The board just got more frustrated and it came to a point where they [the board] asked me to come in and do a full review of the state of the business.”

Harrison spent a week doing the review and talking to Cellnet’s staff to gather information on what was wrong with the business.

“About a week after the report, the board came back and offered me the role to come back as managing director, with Mel [Brookman] as sales director. We’ve accepted that role and come back into business, had a look at it, and shook it around a bit,” he said. “There is a fair bit to do, but we are confident that we can turn this around and get it back to where it was. We know it can perform. We know there is a winning combination, but the way it was run prior it was never going to work.”

Making the changes
“We are just about to embark on a new sales strategy which will turn the wheel backwards. In the IT space we need to get back into what we were good at which is the SMB market,” said Harrison.

“The biggest thing for us now is getting the support of the resellers. That is something that is going to take time, it’s not going to happen overnight. Obviously we need to gain their trust and gain their confidence. We need to reel these guys back in and one of the ways we are going to do that is by forming our own marketing department in-house. We used to have that before and that was one of the things which gave us an edge. When I left the marketing team left as well and it was outsourced, and it has never been the same since.”

Harrison said the distributor needs to make sure resellers are coming back due to the value and service that Cellnet is providing.

“I think our service level needs to be bought up. The bar needs to be raised. We are in the process of putting more people into those areas to ensure we do raise the bar,” he said. “We want to beef up the states’ headcounts. One of the main drivers from a sales point of view is new direction, local state mentality, local stock and some direction on where we are going rather than the shotgun approach we had before.”

Harrison said from a shareholder point of view the board simply want to see a return. The firm has never lost money before and Harrison has no intention of altering that fact under his second spell.

“It [the business] hasn’t had any leadership. Any business needs passion, it needs energy and it needs leadership, and it [Cellnet] hasn’t had that. It’s a bit like a car. If you don’t service it and clean it and love it, then it is going to go rusty and break down – I think that’s what happened to Cellnet,” added Harrison. “We are going to turn this thing around. Time frame? It won’t take long. I’d say in the next six months, 12 months at the most and you will see a big change in the way we do business.”

The fact that Harrison has acknowledged that Cellnet had lost its way will only aid his cause to return the business to the success he oversaw previously as managing director. There is no doubting Harrison’s enthusiasm and determination to revamp Cellnet.