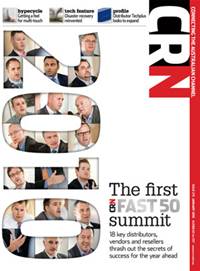 This article appeared in the January, 2010 issue of CRN magazine. 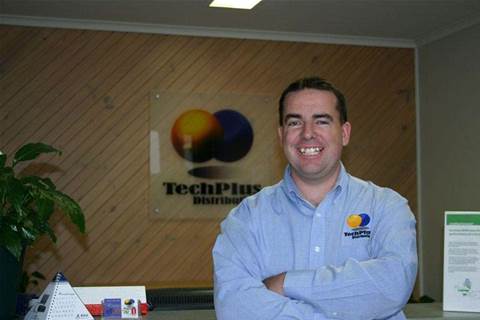 Melbourne-based distributor Techplus was founded in 2001 by managing director Paul Kern with a view to bringing niche technology vendors to the IT channel. At the time he was working as a country manager for Perle Systems, a Canadian manufacturer of serial and AS/400 connectivity products.

"I found it very difficult to find a single distributor who could adequately promote our entire range and get the channel enthused," he says.

"I thought I could do it better and I think, after eight years, that I better understand the challenges vendors and partners both face and believe we are better equipped to deal with them."

Kern says the distributor started with one reseller which grew to a small number very quickly (about 10-15) and then scaled up steadily from there. "We now have several thousand partners we have engaged with and many hundreds we sell to on a regular basis," he says. "Bearing in mind our niche product range, this is a very pleasing and manageable number."

Kern started the business with a head office and warehouse in Melbourne. He says the distributor had experienced strong sales in New South Wales for many years but lacked local presence.
"This meant we were unable to build the types of long-term channel relationships that we had formed in Victoria and Western Australia," he says.

In August 2007 Techplus felt the need to open a sales office in Sydney. "The office was a sign of the investment we are making in the NSW market and our willingness
to emulate our channel success in [the region]."

Kern plans to expand into Queensland, Western Australia and New Zealand soon, as he expects strong sales growth in those areas.

A busy year
Techplus sealed a flurry of deals to end 2009; Cymphonix was signed up in October.
The deal bridges Cymphonix's products with a channel of resellers that will make its technology available to customers ranging from home/small office users to telecommunications carriers, educational institutions and government agencies.

This was followed by the distributor's agreement to take on board Expand Networks early last November. Kern says Expand stood apart as one of the only vendors to provide WAN acceleration for both server-based computing and virtual desktop infrastructure environments.

Off the back of that was a partnership with Cyberoam in the middle of that month, which didn't take Techplus long to finalise.

The distributor saw a need in its reseller base for this type of product - a fully featured universal threat management (UTM) appliance, offered for a price point. "We found that Cyberoam fit the bill perfectly and no one else came close to the functionality and price-point required for the Australian market."

Kerns says it was a perfect fit for the distributor's portfolio because the niche product fulfilled a strong need in its channel for a fully fledged UTM device to address all their customers' perimeter security needs.

Techplus was representing another vendor (in the same space) and was becoming disillusioned with its support levels and lack of channel focus.

"So [we] started the search for a replacement," says Kern.

"We came across Cyberoam and started talking to them, but kept looking and we found no other vendor that could deliver the functionality and price-point required."

According to Kern, Cyberoam was looking for a distributor which could take its channel business to the next level - so the timing was good for them both.

"We hope to work with them over a long period to build, manage and profit from offering world class products to the channel," he says.

"Vendors that appreciate this approach and understand long-term relationships are key to our business."
Techplus chooses vendors that specialise in bandwidth management, which first came to Kerns' attention eight years ago.

Being in this space allows the distributor to sell products that deliver quality of service, wide-area file services, WAN acceleration and caching and WAN optimisation.

Kerns says it's a fairly specialised area and many partners either "don't do it or don't do it very well".

"Our partner base consists of systems integrators, service providers and universities which need to control, measure and manage how the bandwidth they provide or deliver is being used and to extract the best value from it."

The reality is that bandwidth requirements are going up, because bandwidth hungry application are on the increase, he says.

"Everyone now realises that putting in a bigger pipe is no good if you do not regulate how that pipe is used," says Kern.

"You also continue to have the issue of large distances in this country, which means high latency connections and poor bandwidth availability in a lot of areas - so the need for WAN management will continue to increase."

The distributor continues to focus on this market, but is heading inevitably toward virtualisation and storage as these markets converge.

"As long as the product fits our channel partners, fits our speciality and Techplus can add value, it will be of interest to us," Kern says.

Last October, the distributor established its multi-vendor partner program designed to help partners get skilled up and supported across all of its product portfolio.

Paul Doherty joined the distie to head up its professional services team and will be working to build additional services coverage.

In the past eight years Kern has seen the distribution market go through some changes, particularly the value proposition which distributors can offer.

Kern feels value-added distributors are providing more specialised services to the channel, as resellers are finding it steadily harder to be experts at everything with so many products on the market.

Just selling product will get a distributor nowhere these days, just as that strategy won't work for resellers, he says.

"Successful resellers understand they need to know the products they sell, so when a requirement comes along that is outside their core competency they'll be prepared," Kern says.

He believes there will continue to be a place for distributors with strong logistics.

However, smaller disties will be able to help emerging vendors establish themselves in the local market.
"I also see relationships as being equally as important as they were 20 years ago and that the personal touch wins business," says Kern.

"We have always tried to keep a good mix of products to satisfy our partners and are building more service and training around these to support the channel."

For Kerns, "right now is always the best and worst time to be in business.

"Business is growing, revenue is growing, challenges are growing and you are only as good as your last quarter's sales," he says.

During his time as a distributor, Kern says there have been several instances when the going got tough.

He says Techplus took a small vendor into the market, grew the business and then watched as circumstances took the vendor away from the distributor.

"It's disappointing to put in all the hard work and money and then see someone else reap the rewards, but that is the lot of the small (value-added distributors)," says Kern.

This article appeared in the January, 2010 issue of CRN magazine. Subscribe now