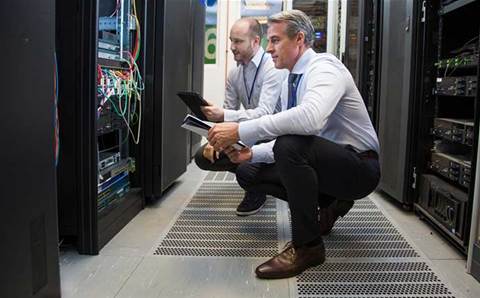 COMMENT  |  If you listened to some pundits, the IT battle between on-premises infrastructure and public cloud should be well and truly settled, with hyperscale providers victorious. But if anything, predictions on the future of the data centre are getting, well, cloudier.

I was fortunate to attend the Canalys conference in Macau in October, where I caught up with many mid-sized Australian IT providers that have invested in their own infrastructure-as-a-service platforms.

Public cloud snobs would say these providers missed the boat to build their own data centres. Yet I have noticed an increase in the number of resellers who are transitioning to a managed service model and investing in their own IaaS stack.

Of the companies I spoke to at Canalys, Perth-based Moncrieff Technology Solutions opted for Cisco-IBM VersaStack reference architecture, while Brisbane’s BES Information Technology Systems runs a hosted desktop service based on Nutanix. Sundata, also based in Brisbane, launched phase two of its private cloud this year after more than 30 years in business (Sundata PowerCloud is based on IBM Power and VersaStack).

Why launch a private cloud in a country boasting local availability zones from AWS, Microsoft Azure, IBM Softlayer and (soon) Google Cloud Platform? Australian IT service providers tell me clients have been burned by bill shock after their forays into public cloud. They want the flexibility of an independent operator who can tailor SLAs to their needs, something Ethan Group’s Nick Stranks covered during a recent roundtable.

Craig Somerville, whose Sydney reseller made the switch to a services model years ago, believes the broader impact of cloud has been to refocus customer behaviour around purchasing. They want consumption.

During his keynote, Canalys CEO Steve Brazier addressed the “fundamental conflict” in the channel – vendors judge partners based on traditional sales targets despite the demand for consumption models. Perhaps it’s this conflict – rather than the “on-premises vs cloud” debate – that will define the winners and losers in the IT market of tomorrow.