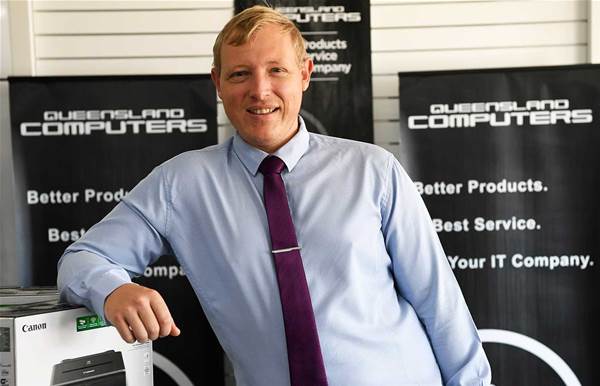 Geoff and Luke Augutis opened Queensland Computers’ first physical store in Bundaberg in 2005, and for almost 15 years have been growing the brand’s footprint and services catalog in regional Queensland and northern New South Wales.

While it started out as a typical retail computer sales and service centre, Queensland Computers has remained focused on evolving to cater to the needs of its customers in the always-changing IT landscape.

Geoff Augutis told CRN that he and his brother Luke have been growth-focused since day one, and weren’t afraid to bet on markets that were new to them.

Over the course of its first several years in business, Queensland Computers steadily expanded its services offering. Its first big change since opening was to add business IT services around 2010. After that came a complete managed services offering, including a team of dedicated outbound technicians. Office copiers and print have also become a successful product and services offering for the company.

“We’ve constantly expanded those markets and looked at where we can grow, and also being regional we’ve had a lot of demand for services, because in the cities there are a lot of people who specialise in one thing, whereas there are fewer players in the region,” Augutis said.

“What we’ve found is that a client might come to us and say, ‘You’re great with our IT, can you take over our photocopiers?’ and when we weren’t doing that we were missing some great opportunities, so for us to expand into those areas was very natural.”

The company returns in 2019 with its best result yet, 104 percent growth and revenue of more than $10 million.

Augutis said the key driver of the latest surge was a conscious decision to grow, in addition to new work within government and education.

“We intentionally chose to grow, that might sound funny when said like that, but we do find there are levers that we can push and pull so that we can test markets and expand into other markets,” he said.

This push was kicked off with a successful tender application to supply Apple hardware to Queensland’s Department of Education in 2018. Queensland Computers had experience supplying IT to schools and it made sense to invest the time in applying for a spot on an education supplier panel.

“We chose to enter a few markets we had otherwise dabbled in, the main driving factor there being the government and education space. We actively sought out some tenders and some larger deals that we would otherwise not have put our hand up for. And we had quite a lot of success in that space.”

Queensland Computers is likely to enjoy continued growth next year. At the time of writing, the company was planning an expansion into Rockhampton and Gladstone with new branches to capture business in central Queensland.

“Given that we operate a regional business model and that’s where we are looking to grow, it was too good of an opportunity to pass up,” Augutis said.