Rabid Reseller: I touch my tech 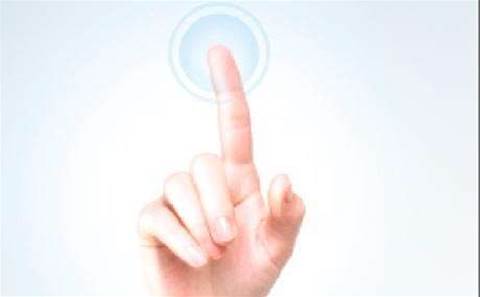 Just because we all touch our phones all day, does that mean we also have to touch our PCs? First it was phones, then it was tablets and now it’s PCs. Do you have any idea how much more time it takes to clean the shop at the end of the day? Now we have to clean all the windows and the Windows.

And don’t get me started about the time wasted explaining to punters that the screen they’ve been swiping for 15 minutes isn’t touch-enabled – and won’t magically become so by rebooting it endlessly. Some things just weren’t meant to be touched and prodded and poked all day.

Rabid is one of those things.

And please, would customers stop trying to turn the monitors on their side? That’s called ‘falling over’ not ‘portrait mode’. And it becomes ‘domino mode’ when you knock over the entire row with your futile efforts to reorient the first one. We’d also like to remind customers that the little button on the side only switches on the power to the screen, not the PC itself.

Yes, we know it works on your other tech toys. All right, so it works on the all-in-one PCs. But not on the big PCs. You know, the ones for grown-ups. Those PCs are designed for people who understand that power comes out of a socket on the wall, and yes, that switch has to be turned on as well. No, they don’t run all day on battery. Well, if you insist, can we interest you in a 5kW uninterruptible power supply?

We blame Microsoft for this confusion. Yes, it’s Microsoft’s fault. They got jealous because everyone was touching the other companies’ tech toys all day, and they didn’t have anything touchable in the market. So instead of waiting until they had touchable tech toys, they enabled touching on Windows 8. And promptly had to release Windows 8.1 because most of their customers had nothing touchable.

But now it’s started, there’s no going back. Pretty soon everything will be touch-enabled, even the television. We’ll leave it to your imagination to figure out how well that’s going to work when your toddler gets up close and personal with your 50-inch LCD. We predict a significant upward trend in sales of wall-mounts for TVs.

Google’s new car doesn’t even have a steering wheel, so we’re guessing it’s full of touch-enabled screens. We’re not really comfortable with the concept of a car that works by voice activation, so we’re hoping it uses touchable tech. Otherwise, an awful lot of people are going to be sitting, screaming in their cars and getting absolutely nowhere.

In some ways, touchable tech was inevitable. Most young people can’t type anyway, and they certainly can’t spell, so just poking at stuff makes more sense. Maybe they’d learn how to spell if there was a half-decent version of autocorrect available. You know, one that also understood context and grammar as well as spelling.

Then perhaps the young touch brigade would understand the difference between knowing their crap and knowing they’re crap.