Rabid reseller: Stop dicking around and do a deal 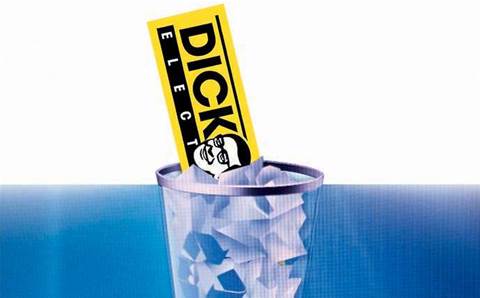 As most resellers know, the only way you’ll ever make any real money in this game is when you sell the shop and move on. That opens up the question of whether you should spruce up your shop, sell it, then open another one down the road, or keep the first shop and acquire some more shops. That option works on the assumption that a flock of shops will go for a bigger price one day than just one shop.

Then again, you might be able to float your fabulous flock of shops on the stock market, generating wads of cash while you still keep most of the business for later. That’s the sort of scenario that appeals here at Rabid Reseller – the money and the shop. But our investment advisor says we need to grow into a chain before we can float. We’re slightly worried about all these nautical terms used by the brokers – we don’t want to end up with an anchor that sinks.

No time like the present, so we’re leaving the staff in charge while we scout around the neighbouring suburbs for suitable takeover targets. We’re thinking we should be investigating other computer shops but there are more customers in the kebab shops! Maybe that’s just hunger. OK, now we feel better, and the coffee was needed. Ah, there’s one now – owned by some bloke called Dick. Big shop. Let’s make an offer.

There really wasn’t any need to be that rude. And why did they ask “Don’t you read the news?” Also, why do they still have Dick’s name on the sign if the shop is owned by someone else? Plenty more shops in the mall.

This one looks interesting, and they’ve got the right name for the Google search. AAAAAArdvark Computers is catchy, but they’ll soon learn to love the Rabid Reseller logo. And they seem keen to talk about a takeover.

Whoa! You learn as you go in this acquisition game. Who would have thought that asking to see the accounts would get that sort of reaction? Really, there was no need for the baseball bats or his cousins from the ‘hood. Perhaps we shouldn’t have asked about the GST either. That seemed to cause a frenzy of comings and goings, before we ended up going.

Oh look there’s a Wastefield Mall, so the shopkeepers should be a lot more civilised in there. What sort of name is Takeover Technology? Never mind, the owner is positively gagging to sell the place for around 10 times its turnover. Already we’re thinking maybe two shops instead of one. How much? Colour us surprised and spank us with a loofah. Well, maybe later.

Alright so that one was a tad out of our price range. Who’d have thought they could shift so much kit from such a little shop? The owner did keep banging on about location or position or something but we could hardly hear a word he was saying over the noise of the trolleys being wheeled out of the supermarket next door. You’d want a discount on the rent having to put up with all those people swarming past the shop all day. Very distracting.

Gotta go! Some bloke called Dick Smith wants to have a word.