Rabid reseller: This year, no discounts 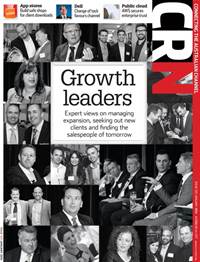 This article appeared in the January 2014 issue of CRN magazine. 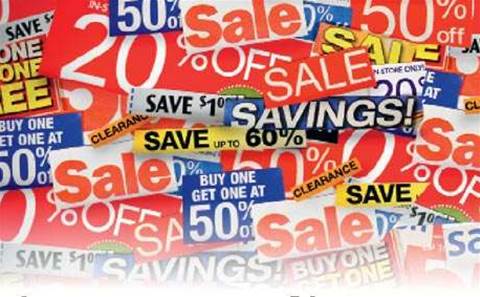 What with all the concern about the environment, we thought it was quite appropriate to hold a party in a landfill site. Well, waste transfer station according to the sign. Okay, rubbish dump, actually. Never mind, we found the address for the real party eventually, although accidentally. We just wish we hadn’t worn the themed outfit to match the landfill. That got a bit whiffy after a few beers and a mild amount of what passes for dancing in Rabid’s repertoire.

Back to the resolutions. While the party was in full swing we resolved rather too loudly to stop offering dodgy discount deals with even dodgier warranties. The party went instantly silent, like one of those teen-movies where the guy admits he’s a virgin. You could have heard a pin drop. We didn’t think it was such a big deal. The punters haven’t been falling for that old chestnut all year, so it wasn’t like it was really going to cost us anything.

Apparently, you don’t discuss discounting in a room full of resellers. Particularly while they’re partying. It’s just not done. Rabid pleads ignorance. This is the first reseller New Year’s Eve party we’ve actually attended. There’s never been anyone at the previous parties before, except Rabid. Last year the party was in a disused train tunnel, the year before it was at an abandoned quarry, before that it was on a condemned wharf. Hardly surprising that nobody else turned up.

But this year we managed to find the party by accident after the landfill mix up. It seems it was just another printing error on our invitation. Same as last year. And the year before that. You’d think they get someone else to print the invitations, but the nephew does offer to do it for free every year in the spirit of building reseller relationships. He claims it is a very popular community service and makes him feel good about giving.

So it’s not like we’ve had lots of experience on the public proclamation of New Year’s resolutions. Everyone else was resolving to quit smoking, quit drinking, quit sniffing glue and file their BAS on time. Heck, Rabid had already resolved all those things in previous years. It’s just that there were no witnesses. No matter how loudly or resolutely you resolve to do something, nobody can hear you in a disused train tunnel. Particularly when you’re on your own.

So instead, we resolved to make more money. That sort of went down okay with the other resellers – at first. But then we had to resolve not to make too much more money, as they turned out to be a bunch of socialist collectivists and they want to share the wealth. It must come from dealing with all those Chinese exporters. Maybe there are subliminal messages hidden in the invoices. Rabid doesn’t source product from China. Way too expensive. We prefer to deal with the free market thinkers in Uzbekistan.

Rabid has now resolved not to make any resolutions until next year. Well none that can be tested to determine resolvability.

This article appeared in the January 2014 issue of CRN magazine. Subscribe now