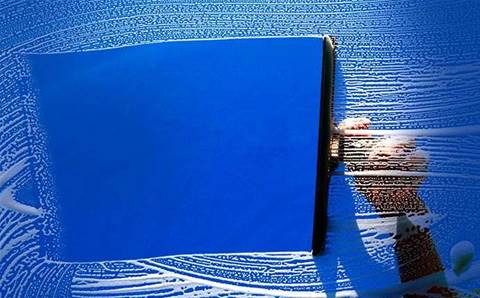 Despite predictions to the contrary, the world didn’t end when Windows 10 was unleashed on the world.

The general consensus before it hit the interwebs was that there would probably be lots of bugs and it might be a good idea to wait for Windows 10.0001 to be released the next day. However, since this version of Windows is designed to be a constant rolling update we may never know if there were any bugs that got squashed with the overnight auto-update.

Word on the street is that Microsoft has finally got it (pretty much) right this time. Endless blogs appeared warning that anyone installing this new thing would have their privacy compromised to hell and back, but also provided instructions on how to remain safe from the prying eyes of the Redmond overlords.

But that was pretty much it. Stop the NSA and carry on as usual. And the news so far is pretty favourable. Windows 10 is faster than anything that came before it. And easier to use.

That is, we got our Start menu back.

Windows XP die-hards can finally upgrade in comfort. And the upgrade is free, for now. Still no definitive word on what it will cost to keep going this time next year.

Installing the upgrade here at Rabid Reseller HQ was the least painful upgrade we’ve ever experienced from Microsoft. For starters, it actually worked and didn’t require us to transfer everything to a backup drive before reformatting the internal hard drive, then reloading the OS from scratch. The slowest part of the process was downloading the new OS. That’s only because there’s no NBN here. The actual install was quick and error free.

We’ve had reports from several users who are heavy-hitters in the performance league, running video editors, digital audio workbenches and the like, and they all say everything worked, including several weird drivers required for their weird add-in cards. Plus it’s fast. Very fast, so they say.

Here at Rabid, we bravely installed Windows 10 onto the main console that we use to remotely manage and monitor a stack of client PCs and servers. It works as advertised with nothing broken or missing or refusing to load and run. We didn’t notice the massive speed increase claimed by the power user tribe, but then we don’t run much in the way of CPU and graphics munching software other than a bit of Photoshop and InDesign. At least it’s not slower.

The happiest upgraders seem to be those with laptops and notebooks. Something in Windows 8.1 and Windows 7 was making those portable toys a bit sluggish.

Windows 10 seems to have learnt how to play nice with all types of computing devices. Next step here at Rabid is to see what happens when we upgrade the Surface Pro 3 and the two-year-old HP laptop to Win10.

For those still using Windows 8.1, there’s a major bug out there in the Windows Update code that’s causing much thrashing of disks and CPUs. This is particularly bad news for anyone using battery-powered toys. But Microsoft has released a tool to fix it. Grab it from here and things should settle down.