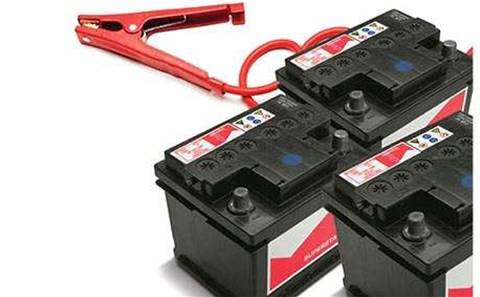 The speaker at the conference was going on and on about clouds. It took a while, but eventually we realised that he wasn’t talking about the weather. Apparently this is actually the latest term for extracting money, continuously, from punters.

In the old days – last month – we were selling USB hard drives to customers to use for their backups. But this bloke at the seminar says we should stop doing that and just rent space on the drives, which we keep in our own offices.

Of course, the customers have to access the data over the internet, so it’s hardly surprising that this seminar was organised by an ISP. The ISP people also suggested we resell their wireless internet service, which we could rebrand as Rabid Radio, but we’ve tried being an ISP before and it hurts. A lot. But renting space on our hard drives didn’t seem such a bad idea. After all we’ve got lots of them lying around the place. For starters, there’s all the ones that got water damaged in the flood.

Now before you start thinking we were going to be storing customer’s data on dodgy drives, it was only the cartons that got wet, and we had no luck selling them at special prices. Made good sense to string them all together and create a massive RAID-10 array and get into the cloud-storage business.

We gave the seminar notes to the nephew and left him in the backroom with the soldering iron and a rollof gaffer tape. He said he’d have a bulletproof storage array in no time.

Well, he wasn’t lying about that.

He used leftover corrugated roofing sheets to make the case, so you could probably fire a gun at the thing without doing much damage. Although, with all those corrugations you’d likely do yourself an injury by ricochet. And we hadn’t expected it to be quite so physically large. A cube three metres on each side seemed a little bigger than the ones on display at the seminar. But the nephew said it was necessary for cooling, and to house the disks to reach the 100-terabyte storage capacity.

By our reckoning, that’s only 100 1TB disks; but he was using those older water-damaged disks, so we guess he needed a few more. We probably should have asked just how many more he’d used, before he switched on the power. Suffice to say that as the disk array whirred gently into life, the lights got rather dim in the rest of the office. In fact, the lights got rather dim outside, as well. A quick check up and down the street revealed a severe amount of darkness in both directions.

The reason we’d gone out into the street in the first place was to escape the gentle whirring of the disk drives, which had continued to rise to a crescendo until we could no longer hear the thrash-punk heavy-metal band practicing upstairs, and several Boeing 747s floated noiselessly overhead. The obvious thing to do was to shut the sucker down and take a closer look at the nephew’s engineering expertise. However, he’d built it with a triple-redundant power supply and attached it to 320 used car batteries to make it “enterprise-grade”.

In the end we didn’t have to shut off the power. The local substation tripped due to overload. But the batteries kicked in and kept the sucker humming – well, roaring to be more precise. We tried in vain to get in there and flick the shutdown switch, but severe bleeding from the ears forced us to abandon every attempt. After three days, the batteries finally went flat and we regained control of our office and shop. And that was the end of our cloud-storage business. But all’s well that ends well. The thrash-punk heavy-metal band bought the thing to use for background ambience between sets.