Reaping the benefits of converged infrastructure 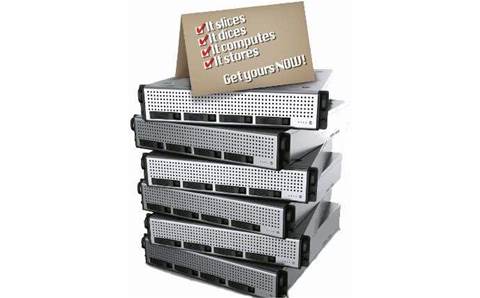 Converged systems remain one of today’s  most talked-about areas of enterprise technology. While there is a lot of buzz around hyper-converged infrastructure from fast-growing vendors such as Nutanix and Simplivity, converged systems from established players – such as VCE’s Vblock or the Cisco and NetApp FlexPod – remain a focus, especially at the big end of town.

Converged systems sit between the tightly integrated, appliance style of hyper-converged systems at one end and do-it-yourself collections of individual components at the other. CRN spoke to vendors, resellers and customers to find out how they’re using converged systems, and why.

The major reason for choosing a converged system over assembling something yourself is ease of use. Figuring out the full list of components to connect, and which ones are compatible with others, is a Herculean task. By purchasing a converged system, you outsource most of the risk of incompatible parts to the vendor, which has presumably tested the configuration fairly well in order to certify it.

If nothing else, you have a single phone number to call if things come a cropper. Many vendors like to lean on this “one throat to throttle” model of support when selling a deal. Chris Trevitt, EMC’s former general manager of channel sales, Australia and New Zealand, cites a dairy customer from Western Australia that chose to run its whole business on VCE’s Vblock stack. “They wanted technology that they trusted from brands that they recognise, and they wanted something that they could really have one person manage.”

Converged systems provide additional flexibility when compared with the far more tightly coupled hyper-converged systems. “You can do a thing called selective scalability,” says Len Findlay, chief executive of Sydney-based integrator VMtech, an award-winning NetApp partner and winner of the CRN Fast50 Editor’s Award last December. “I might need more compute, but I don’t need to grow the storage.

“You can build it for the base environment that you know you have today, then later – say you need to add VDI, which is a completely different workload profile – you can grow the environment to add the CPU and RAM that VDI needs, without adding storage,” Findlay adds.

“Converged systems are perceived to be expensive when compared simply as ‘tin for tin’,” says Darren Adams, Avnet Technology Solutions general manager, Australian & New Zealand. “However once viewed in terms of integration, implementation and management of the systems, cost benefit weighs heavily in favour of converged systems.”

Peter Prowse says: “Dimension Data can deliver a private cloud on a Vblock in 90 days, and that’s up and running production workloads.” It’s this reduced time-to-value that provides much of the savings, because customers generally struggle to manage it themselves.

Further savings come from the reduced complexity of systems administration when compared with the traditional build-it-yourself approach. “The upfront cost is just one aspect of the total cost of ownership,” says Trevitt. “A second aspect is cost of management.”

Dimension Data’s Prowse agrees. “Really, it’s actually about the toolset that manages the infrastructure and how you deploy and maintain that toolset.” He argues that to focus on the infrastructure is to miss the point: “It’s the stack that makes the difference.”

What isn’t clear is if vendors are using a reasonable comparison. Replacing any technology that is five or 10 years old with newer kit is likely to save money in one way or another, so it can be hard to work out if the TCO savings are real. If lifetime cost savings are a big part of your justification for purchasing a converged system, it’s probably worthwhile to get an independent assessment of the way the cost savings are being calculated to make sure.

Next: The trade of in flexibility