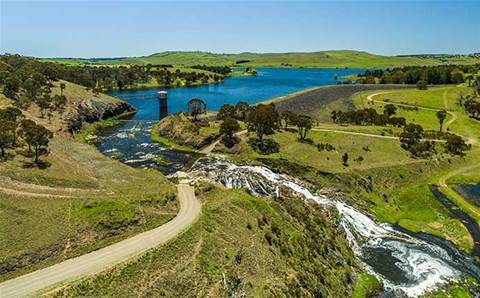 Our background was teaching, and I moved to Armidale in 1998. There was a pre-existing business called New Horizons, which was in the business of supplying educational technology to schools around Australia, and by 1990 was the country’s largest supplier of education software to schools.

We had some talented staff but insufficient cash flow to maintain them, and a lot of folk said business was crying out for those skills, so we started IT Alive and employed specialist staff to help with that. But when we did it, the demand wasn’t there for the high-level skills that we brought into it, so it’s really not active as a business. It is now mostly software development.

We are currently focused on TypingTournament.com. All schools in Australia will have to be using NAPLAN online by 2019. The big issue is that the children need to be able to type do it, and Australian schools have done a very poor job of teaching keyboard skills up to this point. We have the perfect solution and have thousands of schools involved.

I used to work for Graham East at EdAlive before I went out on my own. In a regional town, I don’t think you can sustain getting into the market doing IT servicing and provisioning alone. NBN had just come to the region, so in the first year 80 percent of our revenue was actually Vonex phone systems.

We got into the market selling IP phone systems that worked out to be a lot cheaper for clients, but also gave them all the features they needed to run their business. Today it is probably a 40/60 split of IP phone systems and IT stuff.

In terms of what keeps us busy, for the last three months it has been providing new hardware for people. In the next three months it will be servicing and phone systems, and then the IT provisioning will pick up.

We want to do more of the phone stuff, because it has ongoing dividends, and it is also a product that people will talk about. Every time I do a phone system I pick up more clients, because they rave about how good the service was.

We started in 1992 developing electronics products, and somebody said, ‘Why don’t you start selling computers as well?’. So we put one together for our local high school and one for McDonalds, and carried on from there.

We’ve joined forces with an equivalent shop in Tamworth, the owner had registered the name Radio Shack Australia a year or so ago - he had come back from Canada and found nobody had it. And we have completely refurbished our shop since Christmas.

We still sell and support all sorts of computer products. We have been making our own desktop computers almost since the start, and have rarely sold any other commercial desktop computers. We have sold them throughout the region and up into Queensland over the years.