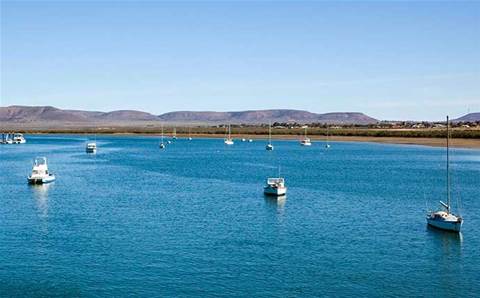 We started in 1986 and were predominantly a service-based business. We started selling Panasonic, but about six years ago they decided to stop making photocopiers and have dwindled out of the market. Fortunately, I knew the people at Kyocera and we took over the dealership; we’ve been going strong ever since.

We have a retail shop now. We sell computers, printers and general office equipment. We also maintain the equipment that we sell – if we can’t fix it, we won’t sell it. My background has always been in maintenance, and we run a maintenance workshop here on the premises. We were one of the early starters with the Leading Edge Computers brand.

And we’re mobile as well; no matter where it is, we’ll go. We’ve been all down the York Peninsula and up to Coober Pedy, and I’ve even done work up in Birdsville. I have my pilot licence, so I’m not driving everywhere It’s about being there; when a customer has trouble, don’t try to brush them off. A lot of our customers have been with us for many, many years.

We’re a family company, founded in 1963 by my father. We started in public address and two-way car radios before moving into anything electronic: photocopiers, electronic typewriters and printing.

Our main focus is on small business; we’re part of the Leading Edge group.

We let the big boys worry about the retail – we take it, but we don’t push it. Our bread and butter is the service area and contracts: we look after all the big retailers’ registers and backend servers, we do all of the bank ATMs and we do a lot of warranty work.

Reputation and longevity go together. If you can’t keep your reputation, you’re not going to have longevity, are you?

But the town here is very depressed  financially, with thousands of jobs lost over the last couple of years and thousands still in jeopardy.

We started in 1983, and I came to work for the company later that year. The model has stayed the same: we’re a a value-added reseller. We started with Apple IIs, Microbees, Commodores and the tech of the early ’80s. We moved into the IBM-compatible world, and have been doing the same thing with new product ever since.

We build our own PCs and have done so since 1992. Most of our customer base is small office or home office. We sell PCs and laptops, but we’re not into selling phones or tablets.

One of our core competencies is to bring what our customers want ‘to heel’. We are the glue that makes it all work.

The whole of the Eyre Peninsula might be 40,000 people. Back in the day, we used to compete with Adelaide – now, we compete with the internet, and we don’t mind that at all.