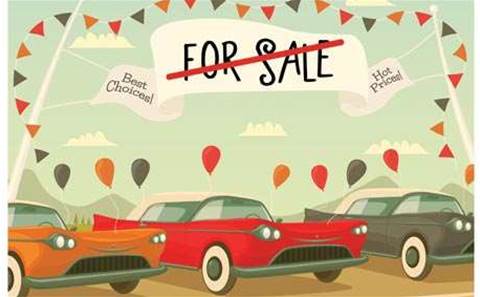 One of the quieter success stories out of Silicon Valley is an intriguing company called Zuora. Its mission is to fast track the transition to a subscription economy. IT resellers are no strangers to this model; one could argue that managed services providers were well ahead of the curve several years ago.

But what was once a smart business model is looking more like the only option. IT is sprinting towards a subscription payment plan rather than a transactional sale. Resellers who haven’t started thinking about how to move their business to subscription selling may find themselves up against savvier competitors who have grasped the potential and the inherent threat.

Zuora founder Tien Tzuo came up with the subscription economy concept about six years ago when he predicted that products as well as services would move to a subscription model.

Services have always fit subscriptions but even they are moving towards more radical applications. Hire cars are an obvious example. Instead of travelling to the Hertz dealership to rent a car, you can walk out onto your street and pick up a share car such as GoGet and Flexicar.

An even more cutting-edge company, Car Next Door, has jumped the need to have its own car fleet. Your neighbours can rent out their runabouts, vans or convertibles on an hourly basis during the week while they are at work.

The subscription economy is picking up steam, Tzuo argues, pointing to the increase in products offered by subscription.

One of my favourite examples is razor blades. The pioneer here is the Dollar Shave Club, a brilliant attack on the Schick-Gillette duopoly and their overpriced “shave tech”. Check out the video on YouTube – it shows that a little humour can have an enormous impact.

Dollar Shave Club sells razors on a subscription model which is great value at five blades for $4 a month. I’m a happy customer.

It’s not just small items moving to subscription. Tzuo gave the example of a $4 billion medical device manufacturer in the US, where each product sold for tens of thousands of dollars. The company moved to a subscription model at the same time as it connected its devices to the internet. All of a sudden it knew who was using the devices and when, which opened the door to more sales.

“The business models that industries have been based on over many years are really starting to change,” Tzuo says, pointing to a report from The Economist, sponsored by Zuora, that found asset ownership on the decline.

A more independent voice is the book Consumption Economics: The New Rules of Tech. Written by a consultant and two managers from the Technology Services Industry Association, its jacket blurb summarises the impact of the subscription economy for IT resellers.

“If you’re a tech company, the most dramatic effect of megatrends like cloud computing, managed services and the rise of consumer technology won’t be felt in your company’s product line. The true disruption will be to your business model.

“Future customers won’t want to pay you high prices out of big capex budgets anymore. They will expect lower cloud prices paid from opex budgets only when and if they successfully consume the business value of your products.”

Subscription models can accelerate commoditisation of products or lead to new, profitable growth, the authors add.

Australia is apparently ahead of the US and Europe in shifting to subscriptions, Tzuo told a press conference in Sydney late last year. Once on a subscription model, a business can look at a customer in a totally different light. Short-term revenue becomes less important than measuring customer value.

Telcos are expert at this game as they have long calculated the average revenue per customer and customer lifetime value to determine how much they can squeeze from their users. Cloud software companies use similar metrics to determine their revenue streams and pricing. It makes sense for IT resellers, who are selling more cloud services, to match their operations to the emerging model.

Software has already made the jump. Microsoft is fixed on moving its enormous customer base to a subscription model with Office 365. Hardware is going the same way thanks to Amazon Web Services, Microsoft Azure, Google Engine and so on. AWS broke new ground with the ability to hire a server for a couple of cents per hour. And now there’s no going back.

Deloitte uses Zuora to lower the cost of administration in managing subscriptions, as does Fairfax for readers of the Sydney Morning Herald and The Age websites.

Zuora remains a fairly small company with just 650 customers worldwide. Some are quite large such as Fairfax, News Limited, Sensis and, among the tech companies, Box and Docusign. But it sees a lot of potential in Australia where it has opened an office with five staff, headed up by ex-Novell figure Greg Cullen.

The interesting thing about subscription business models is that the financing changes dramatically on both sides of the fence, with pros and cons for each. The buyer no longer has a large upfront payment but instead a more cashflow-friendly monthly amount spread over a minimum of 12 months.

However, it is harder to calculate total cost of ownership for subscription services as the cost is not finite. The onus is on the buyer to check whether they are getting value from the service year after year.

Likewise for the seller, a subscription model is a much safer strategy for cashflow. You can worry less about chasing sales and payments once a billing agreement is in place.

The downside is that transaction-based businesses such as resellers selling servers are organised around a large sales payment each month to cover expenses. It can take a long time to build up subscription revenue to a point where it covers operating expenses.

Resellers ideally should offer a small range of products on a subscription basis and then gradually increase the ratio as the balance changes.

How to move to a subscriptions model

Tzuo has some interesting things to say about the mechanics of a subscription business. There is no maximum subscription Zuora can handle but there seems to be an invisible line at $3,000 a month. “More than that and it feels a little funny,” he says.

One major implication for business goals is that instead of shipping products, a business needs to focus on getting as many people to subscribe as possible. If a business is paying $500 a month for a subscription it will look to get as much value from that as possible. But that value can come in many different forms; access to a community, premium content or additional services.

“Having a recurring revenue base and customer base is really interesting. This is a great equaliser that’s happening across the world,” Tzuo says.

Tzuo stresses that the subscription model is not some kind of long-term debt instrument to lock in customers for years at a time.

“This isn’t financial engineering. It’s the opposite. We used to be obsessed with multi-year contracts but who cares if it’s a three-year contract? Are you really going to use a contract over a customer’s head? You can’t contract service away,” Tzuo says.

Companies that sell multi-year contracts and charge upfront need to realise that the money isn’t theirs to spend until they have filled the subscription anyway.

Tzuo told the story of one company that sold a three-year deal upfront and failed to preserve the money over the three years. A year later and the company ran out of cash. “They spent the cash flow. There is a new CFO there now,” Tzuo says.