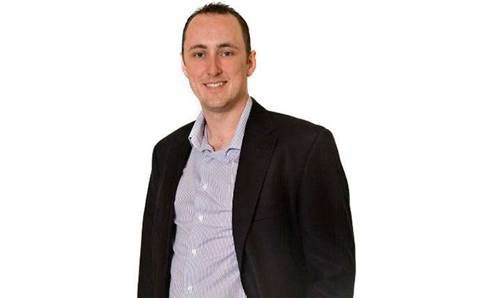 Change has been a constant at Dynamic Business Technologies, and 2015 was no different. It’s been a year of new vendors, new employees and new opportunities for the two-time CRN Fast50 company.

After attending an Autotask conference in the US, chief executive Nathan Franks had a revelation. He decided it was time to shake things up by focusing on the company’s project management skills and fully embracing the cloud.

He had previously identified Office 365, SharePoint and Exchange deployments as the next big thing for Dynamic Business Technologies. But it was rollouts of Skype for Business (formerly Microsoft Lync) and cloud migrations that really took off. “We’ve been busy moving people into the cloud and telling them it’s time to get rid of their server. We promised people [they had bought] the last server they would ever buy, and we’re finally coming through with that promise.

“There’s been a lot of great work coming from SharePoint,” says Franks. “We’ve stopped selling a lot of our on-premise solutions like Exchange though because we’re moving a lot of our customers to the cloud.”

The Newcastle-based company grew 135 percent last year, raking in $2.4 million in revenue. While this was partly due to the buyout of Arion-Nexus, Franks says growth was mostly organic.

He knew there was a risk of growing too fast. Fearful of blowing up the company from lack of resources, Dynamic hired a much-needed marketing manager and financial manager. “We didn’t want to grow exponentially just to end up closing a year later… so adding a proper financial team to understand how to manage growth is very important to us.”

Dynamics has also taken on new vendors, dropping some of its long-time suppliers in the process. Out went StorageCraft and EVault for backup solutions. In came Datto, an emerging backup vendor that recently launched in Australia headed up by former N-Able regional sales manager James Bergl (the vendor has already won at least 15 Australian resellers since arriving in August).

“We had an all right solution before, but I think with Datto, that’s a company we can stand behind,” says Franks.

Dynamic also ditched long-time partner N-Able in favour of Autotask for endpoint management. Dynamic had been an award-winning N-Able partner since 2010, most recently winning APAC partner of the year in 2013.

It hasn’t all been change, though. Franks still considers HP as Dynamic’s top vendor partner for IT procurement and licensing. “Pretty much everything else we sell is HP.”

But he remains interested in shaking up the technology portfolio, with the possibility of signing Nimble for flash storage and Cisco for networking.

While Franks hasn’t ruled out any further acquisitions, Dynamic has entered a consolidation period, so growth might be slowing down after all. He’s also put off moving offices until next year.

The pool table and climbing wall that the team have been clamouring for will just have to wait.

7 steps to MSP success: from pricing to specialisation
By Brendon Foye