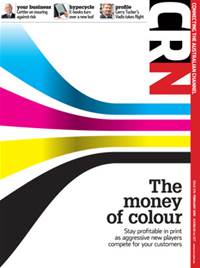 This article appeared in the February, 2010 issue of CRN magazine. 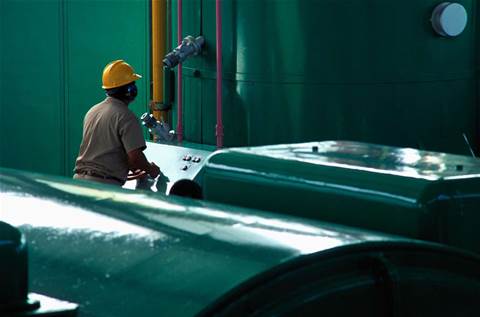 AustralDynamics is a small NSW-based software reseller for Microsoft Dynamics NAV, an enterprise resource planning package. The company is just three years old and has been "exceptionally happy" with the success it has enjoyed so far, says Steve Woolley, director of business development at AustralDynamics.

The ERP provider's customers are in distribution and light manufacturing.

However, the company needed to grow to remain feasible.

"We recognise that to stay in this industry which is very competitive you have to grow, you can't just sit there. We saw as part of the strategy acquisition of customers, also better service and offering other services," says Woolley.

AustralDynamics did a SWOT analysis to determine how to grow the business and they realised they needed external help.

Marketing seemed like the best option. The reseller needed to lift its image and project a higher profile in the distributor market, says Woolley.

Marketing would also help AustralDynamics build a pipeline to feed to its sales people rather than making them find prospects themselves.

"It's more than just getting out there and hitting the list [of potential customers], it's a continuation of hitting the list," says Woolley, who adds that a new sales person is starting this month.

He describes the business as "fairly typical" in that it has a small budget for marketing and, although its eight staff are all highly skilled, none have the required expertise in marketing.

Go To Market steps in

Go To Market did a survey a year ago with several small resellers. They had three things in common, says director David Paddon.

All understood the importance of marketing, but they said they didn't have the discipline nor the resources to carry it out. Hiring a full-time marketer was out of the question. Thirdly, they had run vendor campaigns before but never got anything out of them. Paddon was approached by AustralDynamics after speaking at a Microsoft partner conference.

Paddon says the reseller told him that he wanted to double his business, but lacked the marketing skills to pull it off.
When they got to work, AustralDynamics initially had the same concerns as surveyed resellers, says Paddon.

"When I sat down with AustralDynamics they were nervous about marketing and quoted those same three things.

"At the beginning they were looking over our shoulder and wanting detailed reports of every step we were taking to know what the outcome would be," says Paddon. He began with a series of working sessions to analyse current customers, competition, strengths and target market.

Together they identified that AustralDynamics had most of its reference accounts in mid-tier distribution, and that the market in NSW comprised 600 companies. However, not all those companies would be potential customers in
a given year.

Selling software is a different proposition to selling hardware, says Paddon. Hardware is normally written off over five years and then replaced. Software is on a seven to 10 year refresh cycle.

That means that every year, 7-10 percent of companies are actually in the market, says Paddon. "If someone says,

‘Here's a database of 500 companies and I want to get 50 percent in a year', the market just doesn't churn that way.

"If someone says, ‘I want to get about 2 percent. If I've got 300 customers then that's six sales in a year', that's realistic."

Choosing an ERP package is a major decision for AustralDynamics' customers. It is the single most important technology decision and the highest budgetary item the company will have, says Paddon.

Because of their complexity and the crucial role the software plays in distribution, ERP sales take a long time to complete - a four to 12 month lead time is not unusual. As a consequence, "you've got to always be on your [sales] pipeline. If these guys want to grow then have to start thinking 12 months out."

After identifying the market, Go To Market worked out what the reseller needed to do to be successful. Then Paddon developed a marketing campaign to generate the leads to hit the numbers AustralDynamics want to hit.

Once the marketing plan had been devised, AustralDynamics took on Go To Market to carry it out.

"They said, ‘We want to make X number of sales in the next 12 months,' then they worked out  a plan and outsourced it to us," says Paddon.

Go To Market recognised the financial limitations of the reseller and worked within those to produce high-quality marketing materials by leaning on its main partner, Microsoft.

"The larger vendors have [marketing] assets. The hardest part is finding where they're stored on a global vendor's website," says Paddon. "If you want to be industry specific - finding where in the world someone has done something in your industry."

Go To Market has access to Microsoft as a partner and has spent time digging up assets from various corners of the company. Each department of the software giant stores assets in different locations, which makes it hard to locate the first time.

"Unless you're doing that on a regular basis, it's really hard to find. Sometimes you have to start ringing people at Microsoft and asking around," says Paddon.

Go To Market found a campaign for a similar market that had been run in America. It downloaded the whole package- telemarketing scripts, case studies and postcards - and localised the content.

This included changing the background photos to those of familiar Sydney icons; the Sydney Harbour Bridge, the Sydney Opera House, people in the street.

Go To Market uses a program to decompose PDFs so that each layer of the document can be altered.

"A reseller can add their logo instead of Microsoft's, add their address and change the image from American to Australian.

"And that takes about 30 minutes," says Paddon.

Paddon estimates that it would have cost thousands of dollars for AustralDynamics to have commissioned the work themselves. "A lot of small companies don't realise the type of assets that are out there and they can look very professional," says Paddon.

A crucial step in marketing is building credibility with your customers. Apart from professional marketing materials, one big plus was the power of the Microsoft brand. A case study from an Australian client establishes a third layer of credibility, says Paddon.

Another layer was provided by the fact that "these guys give prompt service at the small business level, which is a different style to the corporate approach," says Paddon.

Late last year Microsoft and other vendors started withdrawing their marketing dollars and telling resellers to invest in their own marketing on top of what each vendor was doing, says Go To Market's David Paddon.

Paddon says his and other marketing consultancies have picked up a lot of business as a result. His workshops on how to put together a business marketing plan were packed out last year, he says.

"Resellers need to work on marketing even with help from vendors and distributors. The market is becoming more competitive and the big vendors have cut back - they are still growing their top-line revenue but they're not increasing their marketing spend."

Marketing was essential to differentiating the company from its competitors - SAP and Oracle resellers, as well as other Microsoft resellers. "Differentiating your business from others - getting that message across sometimes is very difficult.

"We do what we do, we like to think, very well. Our motto is service beyond expectations. But a lot of people say the same thing," says AustralDynamics' Steve Woolley.

After working out a marketing plan, Woolley came up with 20 marketing leads from a database of 300 companies. He has built two pipelines, one qualified leads and the other, leads that require nurturing.

From the campaign we might get four or five sales in the first six months of this year. We expect two will become sales in a relatively short time. In our market that's good - we're very happy with that result."

AustralDynamics has retained Go To Market as an outsourced marketing department to provide expert advice as needed.

"We've had constant reviews and been constantly updated as to what's happening. You might call it a good business relationship," says Woolley. "We've already spoken about further campaigns. It's put together a whole strategy for us that we didn't have before."

This article appeared in the February, 2010 issue of CRN magazine. Subscribe now