Resellers, get yourself a Bitcoin account and get to know blockchains 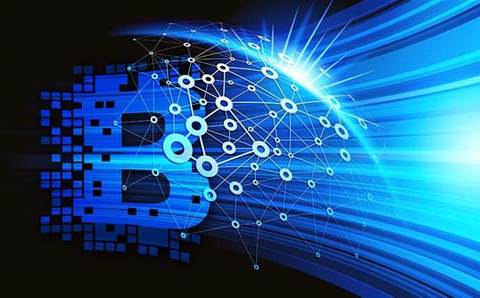 Don’t know what the hell I’m talking about? Bitcoin should need no introduction. If you haven’t heard of the world’s best-known cryptocurrency then spend some time with our old friend Mr Google and get up to speed. The news here isn’t Bitcoin itself. It’s the backend technology that makes Bitcoin work which has found itself on the PM’s National Innovation and Science Agenda.

The blockchain is a new kind of database. Although it was first invented to store financial transactions with Bitcoin, in principle it can store any kind of data. The magic about blockchains is that they are distributed ledgers, just like the internet is a distributed network. Every asset is recorded semi-publicly so that anyone with access to the ledger knows who has what (not the asset itself, but a numerical representation).

When a transaction takes place it is recorded through all copies of the distributed ledger. This can only occur when the asset holder uses their private key to decrypt the asset. The consequence is that there is no need for a clearing house or third party. In Bitcoin’s example, it removes the need for a central bank to issue currency and control its movement.

Last month Turnbull commissioned the Federal Treasury to work with CSIRO research outfit Data61 to look at ways to use blockchains in government and industry. This is very exciting stuff. Blockchains promise to create more efficient services because they eliminate the need for oversight. There’s no need to send an invoice for a transaction that has occurred on a blockchain. When a transaction occurs it happens immediately, is irreversible, and everyone can confirm it. No need for audits.

Financial transactions are only the beginning. You can add any kind of asset, in fact. People have proposed adding property contracts to blockchains for selling houses. Unfortunately that won’t get rid of real estate agents but it should mean a lot less gazumping!

The “smart contract” that records the asset is actually very er, clever. It doesn’t just transfer assets it can be triggered by other kinds of business logic or conditions, says Mark Staples, one of the scientists heading up Data61’s blockchain research team.

“You could put conditional payments or business processing or systems for controlling transmission of data onto a blockchain system,” Staples told CRN.

Staples will be working with a standalone blockchain system separate to Bitcoin called Etherium. He will be designing blockchain systems in proof-of-concept case studies to measure the benefits versus the risks. Just like any new technology, there will inevitably be situations where blockchains are not the right fit.

“In a way it’s just like a normal database but there are limitations, risks and tradeoffs. And that’s a lot of what our research is investigating,” Staples says.

If you are selling database technology to governments or industry regulators then you have to pay attention to this research project and others. Data61 has a limited mandate – it won’t be building solutions for agencies and departments. Likely use cases are registries that record and update information and make it publicly available, Staples says.

Why not read up on what’s happening in the online communities and experiment building your own blockchain solutions now. The more runs on the board you have – even within your lab – the better positioned you are to advise a department head on implementing a solution in two years’ time.

Given Mr Turnbull has already tipped this remarkable technology into the pipeline, it’s only a matter of time before it starts disrupting the channel’s database players.