Resellers need to teach educators about IT 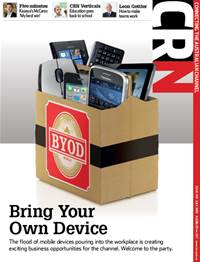 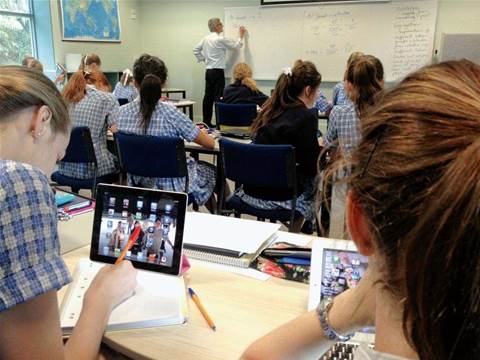 There can be no doubt that technology has the potential to radically transform and improve outcomes for teaching and learning and make us all collectively cleverer in the process.

But there remains a fair way to go in bridging ideals and reality, especially given that the education sector is one of the slowest to adopt and adapt to technology not to mention being inherently conservative.

One of the biggest challenges facing education today is the need to reconcile the increased affinity and reliance on technology among young people with the traditional strictures of teaching and learning.

Some predict that traditional face-to-face learning will one day disappear, while others believe that the chalk and talk traditions of learning will endure with technology playing a supporting role.

What seems more likely is a scenario somewhere in the middle whereby teachers move to apply technology in fostering more collaborative learning approaches and environments.

David La Bozetta, managing director of specialist education reseller Computelec, says the Federal Government’s Digital Education Revolution was too focused on pushing technology out to schools without recognising the need for teacher and student education.

“The focus has been on technology and not enough about schools’ core business, which is development of curriculum to improve learning for kids,” La Bozetta says. “Providing someone with laptops doesn’t change how teachers teach and students learn.”

For the past several years Computelec has been running a 2½ day conference for education professionals in the Victorian coastal town of Lorne called Expanding Learning Horizons. So successful has it been, the company decided to extend the brand to a dedicated school IT consultancy group.

Made up of six former teachers, the group has for the past three years provided IT advice to scores of schools throughout Australia.

“There’s a lot of schools that are a little confused about their technology strategy,” La Bozetta says. He sees the main challenge for most of them as being around the development and management of core IT infrastructure.

“The beast of infrastructure within schools is getting bigger and bigger,” he says.“There’s a lot of management required and many IT managers out there are nervous as to who will help them maintain all that technology within the school. Our focus is coming up with opportunities for them and us in supporting them to focus on that growing beast.”

Melbourne-based distributor Wavelink has for many years been a specialist provider of communications, especially wireless solutions, to Australian resellers servicing schools. But according to managing director Jonathan Ordman, over the past 12 months the company’s focus has shifted to include a strong emphasis on helping schools manage the onslaught of students’ own personal mobile devices such as smart phones and tablets.

“People are now talking about students having multiple devices as opposed to one-to-one,” Ordman notes. “It’s exploding in terms of demand.”

And of course these devices aren’t being supplied and controlled by the schools as much anymore, leading many to turn to their suppliers for help in terms of developing systems and policies for managing them.

Wavelink recently formed a partnership with mobile device management company Zenprise and is now distributing its solutions through its network of resellers. The software allows a profile to be loaded onto the device which can determine, for instance whether it has been jail broken, while also allowing schools to restrict students’ access to websites or non-school related apps such as Angry Birds.

Naturally tablets are expected to be a major driver of the BYOD trend. In fact, according to Steve Crockett, chief technology officer with Anittel, in the near future schools may have to manage students having not one, but two.

He explains that the school tablet market is evolving to reflect demand for two types: those used to access content and those used to create it.

“The nature of the classroom is individual expression,” Crockett notes. “It’s different to the corporate world, [in education] there is the need for flexibility and portability of learning.”

He therefore sees parents and/or schools looking to purchase smaller 7-inch tablet devices as well as the bigger 10-inch plus forms.

One of the most disruptive effects likely to stem from the tablet trend, Crockett predicts, is the death of traditional textbooks in favour of purely digital content. For traditional IT resellers this presents an unexpected opportunity to develop new revenues streams.

And the potential cost savings on textbooks are far greater in the tertiary system, where the BYOD is arguably more entrenched, according to Mark Kalmus, managing director of CRN Fast50 alumnus Southern Cross Computer Systems (SCCS), one of Australia’s oldest and largest resellers.

He notes that universities have far more complex requirements in terms of technology than say, high schools, and have therefore moved to embrace more sophisticated solutions.

“Universities are facing the same challenges as many large organisations,” Kalmus says. “There’s less money around at the same time as they’re [universities] grappling with advances in consumer technology; there’s a small ‘e’ in front of everything at the moment.”

Budgetary constraints are also helping to drive another important trend within universities, that being virtualisation.

SCCS is working on a proof-of-concept pilot for VDI (virtual desktop implementation) at RMIT, with the aim of providing the same experience to every student or member of faculty.

In the secondary school area there is particular enthusiasm for virtualisation as means of reinforcing equality with regard to devices used by students from different socio-economic backgrounds. Virtualisation promises to ensure that students can access the same data and applications no matter what they are using.

This will also make it easier for teachers and students to collaborate. Social media is of course helping with this, with some schools now reporting extensive use of sites such as Facebook to help student and teachers keep up with goings on at schools including class timetables. Uses are also being found for Twitter, perhaps most notably in encouraging students to ask those “stupid” questions which they might ordinarily keep to themselves, and which teachers can now address in a one-on-one forum.

Of course for universities, collaboration is something that is deep in their DNA.

The Australian Academic and Research Network (AARNet) is the communications backbone supporting collaboration between 38 Australian universities as well as the CSIRO. Over the years the network has been greatly improved so as to support more demanding applications with trials for an Australia-wide video conferencing solution now well underway.

But while collaboration has and always will be an important activity for stimulating debate and discovery among tertiary institutions, there is also plenty of evidence to suggest they are also becoming more competitive with each other, and therefore more protective of their IP.

“There’s commercially sensitive IP which is not just about dollars – there’s prestige,” Kalmus explains. One of Symantec’s top channel partners in Australia, SCCS has seen an increase in demand for security solutions among its university customers in Australia.

This might help to explain why universities have been slower than expected in moving to the cloud. Kalmus says they stand to gain considerably from cloud services and has had many a conversation with CIOs in academic environments who have indicated a desire to unshackle themselves from costly refresh cycles. Driving this desire is the exponential growth in data volumes, especially across departments involved in medical research which is putting huge pressure on university networks and storage resources.

Yet SCCS has yet to see a drop off in sales of storage hardware, suggesting that the move to the cloud is yet to really gather pace. One of the reasons, Kalmus surmises, is that universities are still in the process of getting their core infrastructure right.

Uptake of cloud services is even less common in the primary and secondary school system where it appears the business case is far from well understood.

Computelec’s La Bozetta predicts, however, there will be a dambuster moment in the near future as the practical benefits of the cloud wash away any concerns about security and control within educational institutions. And the students themselves are likely to provide the biggest impetus, especially as it’s becomes less and less practical for them to continually email their work between school and home.

Anittel’s Crockett says one of the biggest challenges facing the education sector in Australia is the lack of a universal high-speed network. In parts of his home state of WA there are super high-speed networks that certain fortunate campuses have been able to access while others languish with almost laughably slow speeds. In the later scenario, there are countless cases where schools rushed to spend the Commonwealth dollars allocated under the DER scheme, but much of it remains underutilised in the absence of a decent connection.

“There’s technology that can be used to some extent in the classroom,” Crockett explains, yet online capabilities such as live drives and sky drives are hampered by slow speeds.

Sure, the NBN is expected to provide some relief, however, it will be three years or more before many schools get a whiff of it, and even then they will likely only have access to slower residential, as opposed to the more coveted business and enterprise-grade services.

More generally, Crockett says there is a worrying trend, especially within secondary schools, whereby expensive technology is bought only to be left gathering dust because the teachers haven’t been trained properly to use it.

“Computers in classrooms are still used as high-tech baby-sitting tools,” he laments, adding that he’s also been shocked to see expensive, interactive whiteboards that get bought and don’t get used, while in some schools they get used every day.

Interestingly, it’s often the wealthier schools that are most guilty. “I’ve seen top-end schools with gear wasting away; they care less about it,” Crockett says.