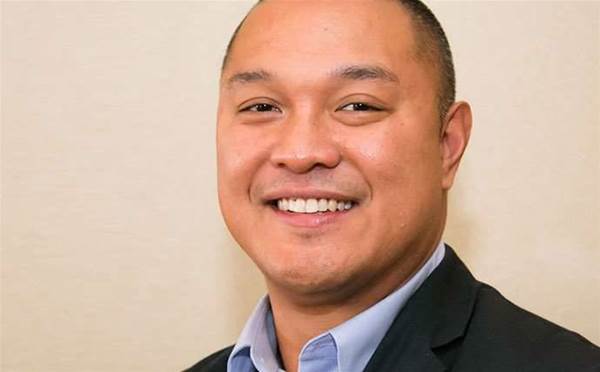 Last time we spoke to Charles de Jesus, he told us about his life as a professional basketballer. Now the newly appointed partner boss tells CRN of his vision for Riverbed’s channel.

Most recently, I was at NetApp as a channel development manager. It’s been a long life in the channel – more than a decade.

When I got a basketball scholarship to the University of Wyoming, it was unheard of. My mum asked what I was going to study and I said “basketball”. She said, “No, son. You need to do something. You’ve got to study.”

I looked in the newspaper and ‘A’ in the employment section was accounting. There were a lot of accounting jobs and they paid well. I was good with numbers, so I got a science degree majoring in accounting then played professionally in the Philippines.

I found my way into the IT industry via Nortel over a decade ago, in a commercial accountant role. After the Nortel merge I took a role with Optus as a commercial manager, then got into the commercial director role at Westcon. I then arrived at Avaya, where I went through a multitude of roles. I got tapped on the shoulder by [NetApp channel director] Neville James and by then I was sick of travel, so took the local role with NetApp, which was good for me and the family.

We’ve got three partner levels: elite, private and authorised. And like a lot of programs, our [criteria] are not necessarily driven by volume – it’s truly around the value and the level of competency.

Riverbed is a 100 percent channel organisation, which is great, but our market coverage and knowledge around technology and portfolio has probably been very limited. Now we’re moving towards business and business model disruption – not just through the top end of town as we’re normally known for, but into mid-market and below. In Australia, we use Distribution Central as distributor.

The three key pillars we take to market are end-to-end visibility, application-defined network and software-defined.

The software-defined branch is about moving to more applications based in a data centre or in a cloud, being able to have a seamless, zero-touch branch environment where everything is centralised back to the data centre. That’s a true portfolio that I’m excited about.

We have global partner awards, but setting up local partner awards is on my agenda. It’s important to recognise investments and winning together well, and that’s something we don’t have [currently]. Under the leadership of [Riverbed ANZ vice president] Keith Buckley, we are reshaping our market posture and part of it includes recognising partners who’ve done really well for us.

Predictability, transparency, and consistency. For me, you can’t run a channel organisation without having those in mind. Partners need to know how they’re going to be treated.
You’ve got to be transparent. There’s going to be conflict, but being transparent about it gives them a level of comfort and protection. For me, that’s critical for a partner.