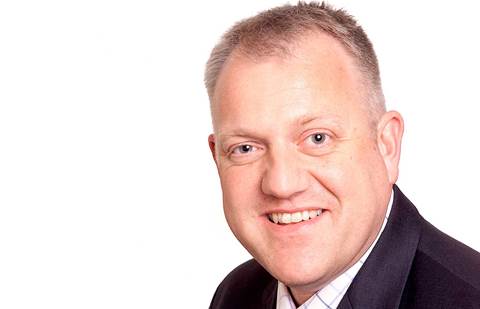 David Fenner is the partner account manager for Ruckus Wireless in Australia and New Zealand, having joined in June 2016. During his time at Ruckus, the wireless equipment vendor has changed ownership twice and recently revamped its partner program.

Acquisitions are always a challenge. One of the things about acquisitions is that it’s an internal focus, so people who are being acquired feel nervous about what’s going to happen as they move forward.

Typically outside the organisation, our partners don’t see that. As long as the product is still performing, we’re still making it, we’re still supplying it and we’re still developing, then there’s no issue for them.

Now going through two acquisitions in less than two years, it’s probably not ideal, but we’ve now ended up at Arris and now we’re looking forward. So it should be a good year.

Arris does a lot of cable technology and satellite technology interfaces, so our wireless and their technologies should gel really nicely together to build a really strong technology platform. Other things that we’re looking at are in the US.

There’s some frequency which is spare in the 3.5Ghz range, which would allow wi-fi and LTE to coexist.

We have a product that is now taking that into essentially a small cell, so when you install wireless, you’re also installing an LTE rebroadcaster.

The difficulty for us in Australia is obviously that the spectrum isn’t free at the moment, so we’re going to have to wait for legislation before we can actually start looking at it, but once again, it’s an interesting technology that is going to potentially have great benefit.

The new channel program rolled out in October. Ruckus, before it was acquired by Brocade, had a partner program and Brocade had its own program too.

The best of both programs were brought together and released as the Ruckus Networks partner program. There was some simplification of the tiering in both the Ruckus and Brocade programs, where there were three tiers. We’ve reduced that to two; it just makes it simpler to manage.

In Australia and New Zealand, tiering is not so important to us because the top tier of partners is actually fairly small, because it’s driven out of a US-based revenue basis.

Our guys don’t make it there but we run a program where we’re looking for those partners anyway, even when they’re not at the top level.

We want them to grow into that top level. We want to take partners up through the program so that they’re actually recognised as being elite eventually, hopefully by the end of the year, and we can actually then build the program out properly in ANZ.

There is a certification requirement as well. The elite partners must have more certifications than the select partners because we want those partners to be leading the sale.

There is one additional requirement we’re looking for from our elite partners, which is like a generic industry-based Certified Wireless Network Administrators (CWNA) exam. It establishes a good understanding of how wireless fits together, whether it’s our product or somebody else’s, so partners can advise the customers the best way to use wireless.

Everybody understands what the new program looks like. We’re giving existing partners a lot of leeway to get their certifications in place, so they’ve got the whole of 2018 to get certified and accredited. At the moment it’s actually a very soft touch. We’ve talked to people about what they need to do. We’re helping people to get those certifications done.

There’s still a reasonable amount of integration happening at the back end with the Arris acquisition. There are some things that we need to work through internally. I would suggest that by Q2, between March and June, we will actually hit the ground with a program to actually go out to market and help people through that, so by the end of the year, everybody who wants to be certified is certified here.

We’ve got some specialist partners, particularly around our on-boarding system, Cloudpath. There’s a specialist here, BeachHead, which got in very early.

Cloudpath was an acquisition by Ruckus. Beachhead was already dealing with Cloudpath when they got acquired.

During the last year we’ve started  to introduce BeachHead to some of our other partners to add more value to the proposition of the partner going into that particular space.

Partners obviously need to go through an education process. Cloudpath is a powerful tool; if you don’t configure it correctly, it would appear not to be doing what it says on the packet.

Beachhead knows how to do that properly so we put the two together and we get a better outcome. And they’re quite happy to white label their services to other partners to actually build that.

For the next year in our channel, it’s going to be a year of evolution rather than revolution. We’re certainly going to be looking to train our partners more to help them through that process and so they’ve got more knowledge.

We’re also going to be looking for distributors to start managing some of the partners as well, probably more on the SMB side to open up a different market for us.

I think when we look back in 12 months, nobody will say that anything dramatic happened, but I think the partner base will be benefiting from what we’ve done for it during the year.