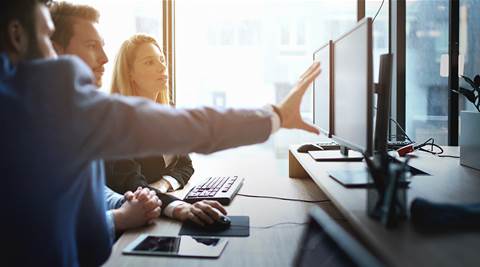 The cloud-based Microsoft Office 365 platform may have simplified delivery of productivity tools to remote workers, but recent research suggests that its widespread adoption is also creating data-exposure issues that channel partners should call out – and help customers fix – using a backup tool purpose built for the new environment.

Reflecting on the remote-working changes wrought during a year of the COVID-19 pandemic – which drove Office 365 monthly active users up from 200m in October 2019 to 258m when lockdowns became widespread in April 2020 – a global Censuswide/Barracuda Networks survey that found most companies didn’t fully understand the limits of Office 365’s built-in, but often quite basic, data protection features.

“As Microsoft does include some native retention, customers might not realise the limitations until there is a problem,” note the authors of the report, entitled The State of Office 365 Backup, which surveyed 1828 IT decision makers, including 201 in Australia.

“Organisations looking to protect fast-growing data express concerns about the completeness of backup and retention solutions, as well as security, compliance, and how easy that solution is to deploy and use.”

With ransomware on the rise – 46% of Australian respondents said they had experienced such an attack, and 68% worried that ransomware could lock their Office 365 data – the results suggested that many companies would benefit from a comprehensive backup solution.

Yet 70% of Australian companies rely exclusively on the built-in capabilities of Office 365 to backup and recover their critical data – even though those capabilities don’t include granular restoration of data from Exchange, SharePoint, OneDrive, and Teams, cited as a priority by 80% of Australian respondents.

With Office 365 providing a home for creation of, and collaboration on, a whole range of business-critical information, each of those platforms now has its own threat profile – with 81% of respondents indicating that Teams creates new data-retention concerns.

As users of cloud-based productivity platforms have learned, even the best-supported tools can go offline – leaving companies unable to access their business data unless it is backed up elsewhere.

Many companies also expressed concerns about their sensitive data being stored overseas, with 67% of Australian respondents worried that having cloud data backed up in other countries could present security and regulatory concerns.

“For many Australian organisations, protecting Office 365 data has become more critical and more challenging over the past year,” said Andrew Huntley, ANZ regional sales director with Barracuda, which recently launched an Australia-specific zone for its Cloud-to-Cloud Backup solutions to address customers’ data-sovereignty concerns.

“That’s why organisations are assessing what additional steps they need to take to ensure the staff, the devices they are using, and the resources they are accessing are secure at all times.”

The channel opportunity around software-as-a-service (SaaS) backup solutions has expanded significantly in recent years, with backup vendors engaging with cloud operators to deliver SaaS-based backup solutions that can be easily commissioned, deployed, and managed.

Customers’ awareness of potential deficiencies in built-in Office 365 data protection creates a market opportunity for resellers, who have a significant opportunity to bundle more comprehensive data-protection offerings with the services they are delivering to their customers.

Given the customer concerns expressed in the Barracuda survey, it’s likely to be an easy sale because the cloud-based nature of Office 365 has primed customers for the benefits of cloud backup delivered as a SaaS solution.

Fully 74% of respondents, for example, said that having a SaaS-based backup solution is important to them, and nearly three-quarters wanting a solution that doesn’t require additional hardware or software to maintain.

Respondents welcomed the appeal of a solution with simple licensing terms, and 80% said they would value being able to sign up and start running their backups right away.

Such concerns were front of mind as Barracuda leveraged its partnership with Microsoft to build its cloud-based backup tool around Office 365 and the Azure cloud – leaning heavily on Azure’s APIs, Blob storage, Cosmos database, and Kubernetes services to move data in the background as efficiently as possible.

“Although that’s not a feature visible to customers,” said Microsoft senior cloud solution architect Nills Franssens in a recent interview about the collaboration, “it helps tremendously with the performance of the solution.”

“It makes sure that regardless of how much data you have that needs to be backed up, that all of it gets backed up in the most efficient and timely manner.”

To learn more about improving your Office 365 backup, read the full report here.