Schism in the Force.com channel hints at change 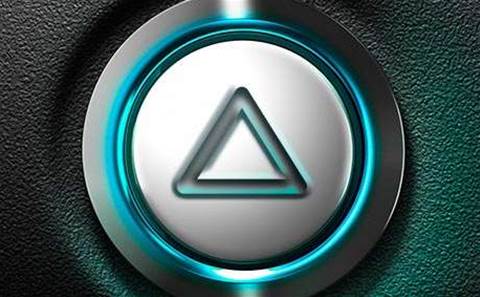 It's rare that you hear bad press about the Force.com platform. I’ve met quite a few software developers who swear by the benefits of having a rock-solid, well supported home for their business apps.

Yet last month, one software developer wrote a series of scorching blog posts about underhanded sales tactics by the pin-up boy of cloud software, accusing Salesforce.com of driving him out of business.

The developer claims Salesforce.com is pivoting from CRM specialist and PaaS provider into building apps for industry niches.

The only response I could get from a Salesforce.com spokesperson to my inquiries was: “At Salesforce.com, customer success is our most important value. We are committed to providing our customers the opportunity to choose the solution that best fits their needs.”

Let’s take a look at the details. Software entrepreneur Ian Ryder founded IT services company AppiChar 12 years ago to provide technology advice to the Australian and UK not-for-profit sectors. It picked up big names such as WWF, Greenpeace, RSPCA, Fundraising Institute of Australia, Leukaemia Foundation and Barnardos, before deciding to develop a custom app for NGOs in 2009. The CRM app, called Supporter360, launched in 2012 and by 2014 was powering big NGOs such as Everyday Hero, eWay and Virgin Moneygiving. The relationship with Salesforce.com began to sour when Ryder claims he found out that Salesforce.com employees were passing deals registered by AppiChar to competitors.

“Often we found a lead, introduced them to the concept of Salesforce.com, and somewhere along the sales process [the prospect] would get in touch with Salesforce.com and get taken elsewhere,” Ryder says. “One particular partner was given all our business. They ended up with four or five customers that we had found.”

Ryder alleges other improper behaviour such as passing criticism of the Salesforce.com partner to clients and refusing to upgrade Supporter365 to the latest tools.

In July last year Salesforce.com invested in a Supporter360 competitor called Round Corner. It then launched a new app in September this year called NGO Connect, jointly built with Round Corner, designed “to transform how non-profits build and retain lifetime relationships with their constituents”, according to Salesforce.com.

Salesforce.com typically invested in horizontal applications such as marketing and sales automation, social media analysis and databases. The decision to buy into the NGO space “is a complete change to their business plan,” according to Ryder. “They’ve tried to do it under the radar. I think it’s a practice run for other vertical markets.”

If Ryder’s accusations are correct, why would Salesforce.com endanger its partner base?

In short, some Force.com developers are making a tonne of money, with Marc Benioff and crew watching from the sidelines.

One of the biggest surprises last year was the IPO of a Force.com app called Veeva, which provides a custom CRM for the pharmaceutical industry. It floated for an astonishing US$4 billion with a turnover of just US$130 million.

“Marc Benioff led the first wave of cloud computing,” Gordon Ritter of Emergence Capital Partners, whose firm backed Veeva, told VentureBeat. Veeva “is leading the next wave, which is focused on industries and real customer successes”.

The Benioff-baiting continues in the US medical vertical. AthenaHealth manages appointments, tracks patient records and does other common tasks in medical offices, said CEO Jonathan Bush. “If every doctor bought all five of our services, our revenue would be $40 billion a year. That’s 10 Salesforce.coms but don’t tell Marc.”